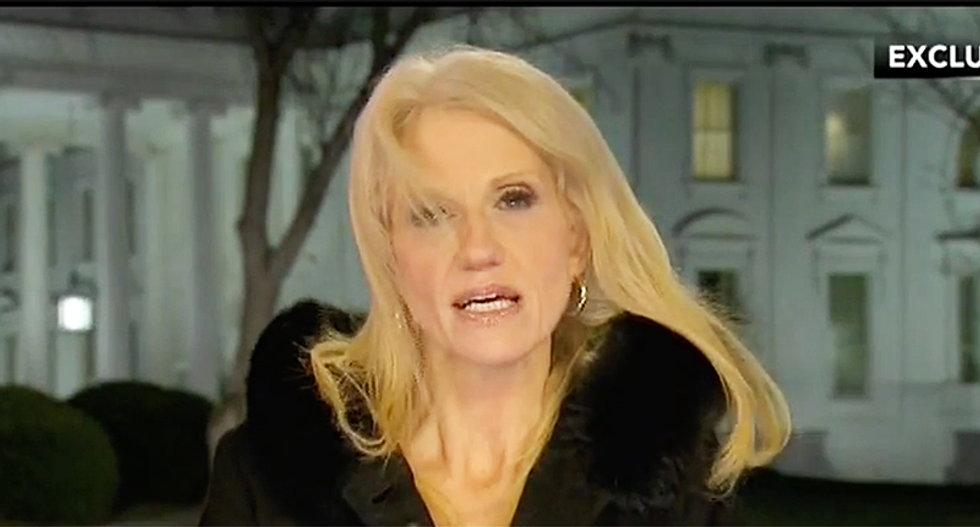 Top White House adviser Kellyanne Conway issued a new broadside against the media on Monday when she attacked reporters for covering things that the President of the United States says on Twitter.

Appearing on NBC's Today, Conway knocked the press's "obsession with covering everything [President Donald Trump] says on Twitter, and not what he does as president."

However, co-host Craig Melvin called out Conway for knocking the media's "obsession" with Trump's Twitter feed by noting that Twitter is "his preferred method of communication with the American people."

"Well, he hasn't given an interview in three weeks," Melvin shot back. "So lately it has been his preferred method."

Despite Conway's assertions, Trump White House officials have often stressed that the president's use of a Twitter is a way for him to communicate directly with the American public without having to go through the filter of the American media.