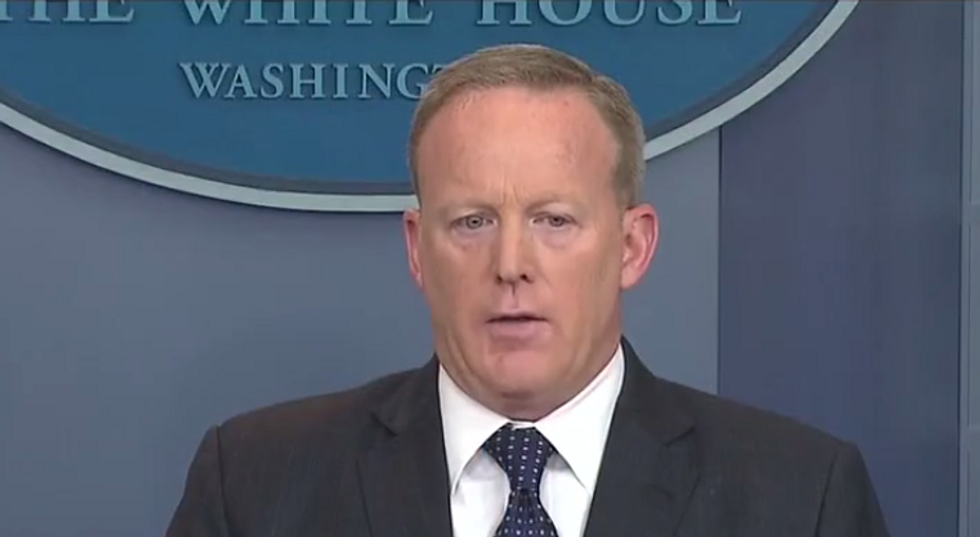 White House Press Secretary Sean Spicer looked visibly uncomfortable at times on Monday when reporters questioned him about why President Donald Trump won't release any recordings of conversations that he had with former FBI Director James Comey.

Trump on Friday raised some eyebrows when he accused Comey of lying under oath when he claimed Trump asked him to "let go" of the investigation into former National Security Adviser Michael Flynn.

Despite his accusations against Comey, the president nonetheless refused to confirm or deny the existence of recordings of conversations with Comey that could prove the president right.

When one reporter asked Spicer why Trump would hesitate to release the recordings if they were concrete evidence that Comey had lied to the Senate, Spicer simply said Trump would release or not release the tapes at a time that he felt was appropriate.

"I think the president made it clear on Friday that he would get back as soon as possible on this," Spicer said.

"So what's he waiting for, what's the delay?" the reporter asked.

"He's waiting for... he's not waiting for anything," Spicer stammered. "When he's ready to further discuss it, he will, but he laid out his position very clearly, very concisely on Friday."