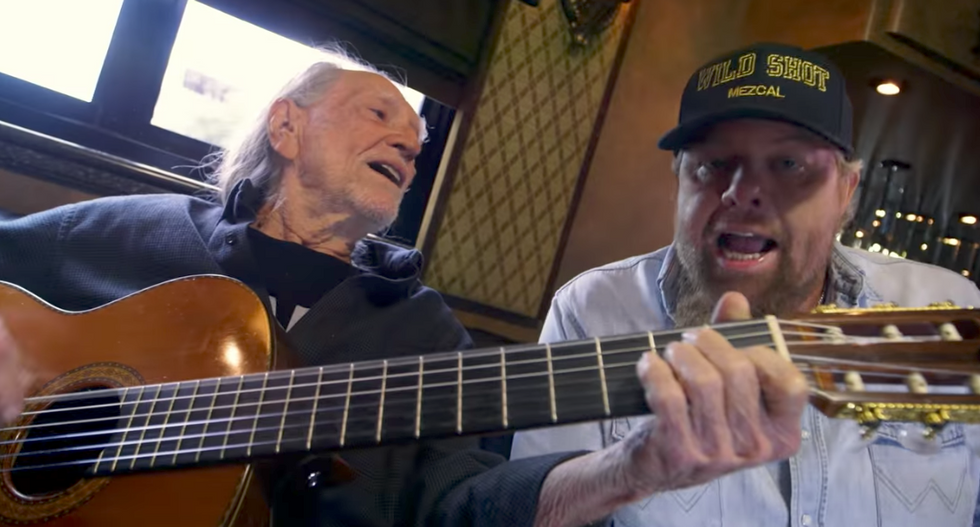 Despite once declaring he would “never smoke weed with Willie again,” country superstar Toby Keith has once again paired up with pot king Willie Nelson in a new ode to “Wacky Tobaccy.”

The single—created in order to immortalize “a slogan, a saying that’s been around forever” but never put into song—dropped Friday and is one of the Hall of Famer’s “bus songs,” a large collection of songs he’s penned throughout the years. The video features Keith imbibing on a tour bus with a “party crowd” of fellow musicians, as well as a cameo from Nelson.

“[The song] is written to the screws, and it fits in with what we do every night with the party crowd,” Keith said of his latest collaboration.

“When we were working on [this song], somebody asked if the saying has ever been written in a song, and I said, ‘No, but they will now,’” Keith said of his newest single.

This isn’t the first time Keith and Nelson worked together on a song about their vices. Nelson inspired Keith’s “Weed With Willie,” the 2003 single where the country star vowed to “never smoke” with Nelson again because “my party’s all over before it begins.” Nelson’s vocals are also featured in the hit Keith song “Beer for my Horses.”

Keith has previously advocated for marijuana legalization opining, “if you drink liquor you ought to be able to smoke weed.” Nelson has his own cannabis company, Willie’s Reserve, which boasts access to the singer’s “legendary stash.”