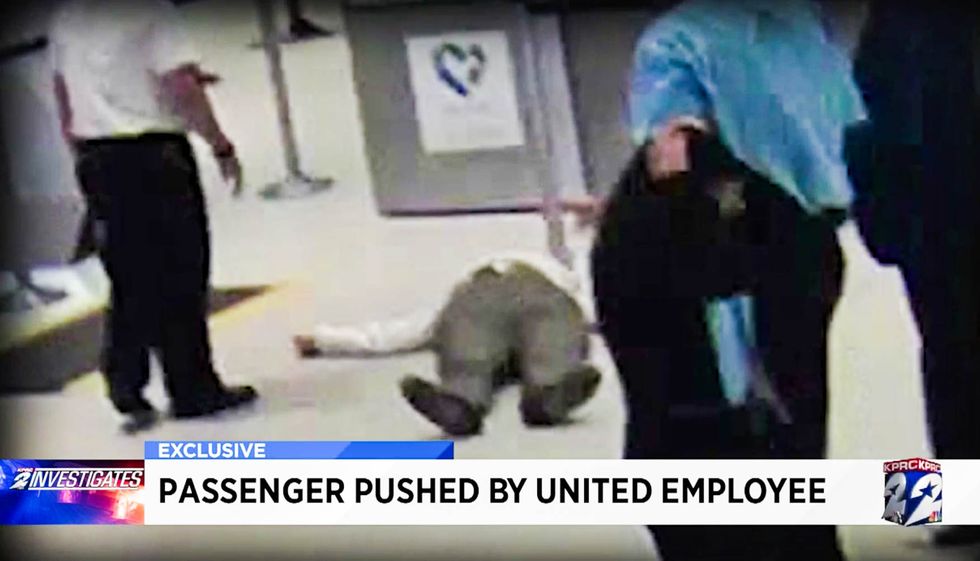 71-year-old Ronald Tigner lies on the ground after being shoved by a United employee (Screen cap).

United Airlines is facing yet another public relations headache thanks to a new video that shows one of its employees pushing a 71-year-old passenger to the ground.

Local news station KPRC 2 has obtained security camera footage of a confrontation in 2015 between a United employee and passenger Ronald Tigner at Bush Intercontinental Airport.

The video shows Tigner arguing in front of the United ticket counter with a United employee, who subsequently pushes Tigner to the ground. Tigner falls down and hits his head on the floor, and then lies motionless for several minutes -- and yet no United employee immediately rushes over to check on his condition.

Tigner, a grandfather and also a frequent flyer, is suing United for $1 million over the incident, which his attorney, William Hoke, describes as "one of the most inhumane things" he has ever seen.

"He lies there lifeless for minutes," Hoke told KPRC 2. "Not one employee comes to check on him."

For its part, United said after viewing the video that it shows "completely unacceptable behavior by a United employee" while emphasizing that "this employee is no longer with our company."