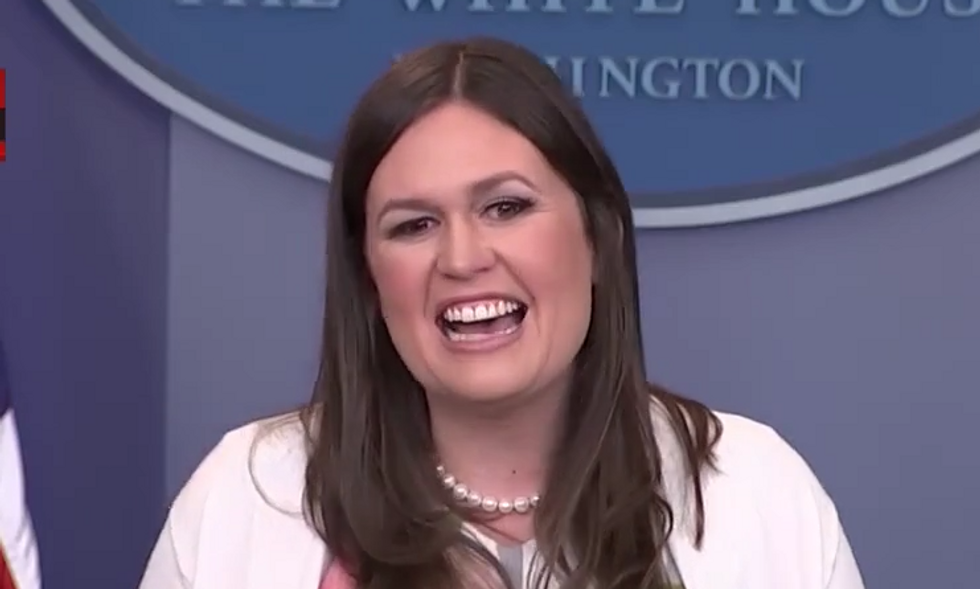 Following Homan's discussion, Sanders defended the fact that cameras had been turned off by excoriating the press for not airing Secretary of Energy Rick Perry's comments on Tuesday.

But Sanders brushed off the idea that the White House had been discouraged by Senate Majority Leader Mitch McConnell's decision to postpone a vote on the health care bill.

"We had a great day yesterday," she reportedly said.

"Of course he's running for reelection," she said of the president.

Stop me if you've heard this one before-- but the @WhiteHouse is prohibiting live video and audio of today's press briefing.
— Brian Stelter (@Brian Stelter)1498671315.0