'What was their excuse?' CNN panel stunned after intel chiefs refuse to answer senators' questions 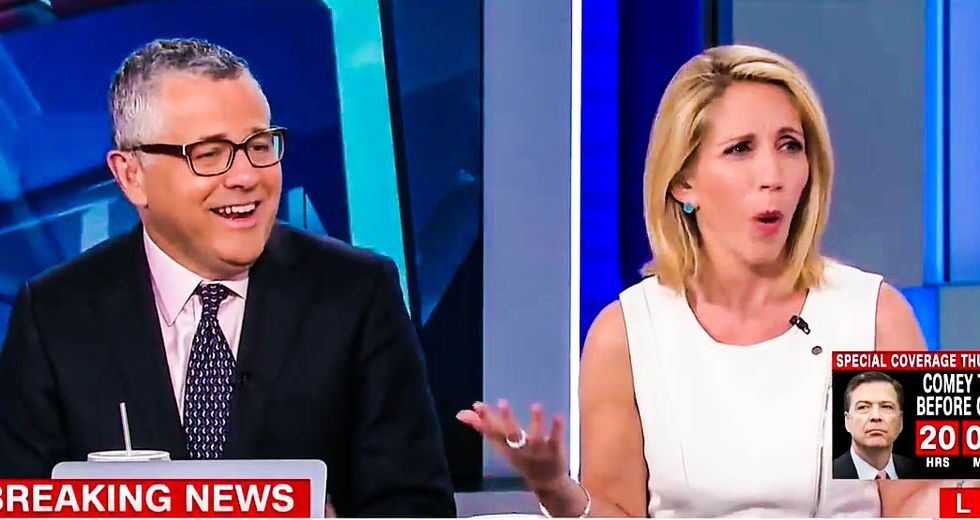 In particular, panelists took note of Coats admitting to Sen. Angus King (I-ME) that he wasn't sure he had any legal basis for refusing to answer questions about whether Trump asked him to stop Comey from investigating former National Security Adviser Michael Flynn.

Panelist Dana Bash said she didn't understand what possible justification they could have had for avoiding direct questioning while under oath.

"Their excuse was completely... what was their excuse?" she asked. "The fact that, at one point, Dan Coats said, 'I don't really know if there's a legal basis...' Like, what?"

"You have to admire his candor, if not the legal advice he's getting," joked fellow panelist Jeffrey Toobin.

Host John King concluded that the intel bosses' answers left him with no choice but to infer that they simply didn't want to say something under oath that would "embarrass" President Trump.