'When are they going to put him out of his misery?': CNN ridicules the 'incredible shrinking Sean Spicer' 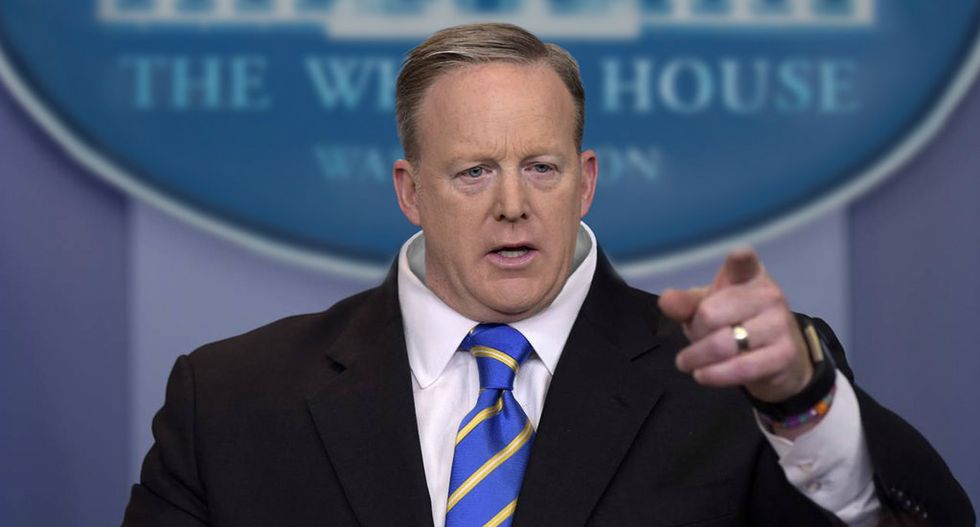 According to the Blackwell and Paul, Spicer has not only been "lampooned" by the late night TV circuit -- he's also taking a beating from prime time news as well. These humorous jabs, they said, are the result of his "diminishing" role in the day-to-day workings of the White House.

Commentator Van Jones, they noted, mused aloud on an earlier CNN segment about when the White House was going to "put him out of his misery."

"Now you see him, now you don't," began fellow CNN host Jeanne Moos. "Sean Spicer is a little like the 'Incredible Shrinking Man' in the 1957 movie -- not in a doll house but in the White House, playing cat and mouse with the press."

Moos went on to poke fun at Spicer's recent "audio-only" press briefing that caused one online commenter to joke that they hope "news outlets will play the audio only briefings over gifs of Melissa Mccarthy as Spicer, be still my heart."

Spicer, according to Moos, seems to be "a hostage at his own briefings" with a "thousand-yard stare."

Watch the entire segment clowning on the White House press secretary below, via CNN.