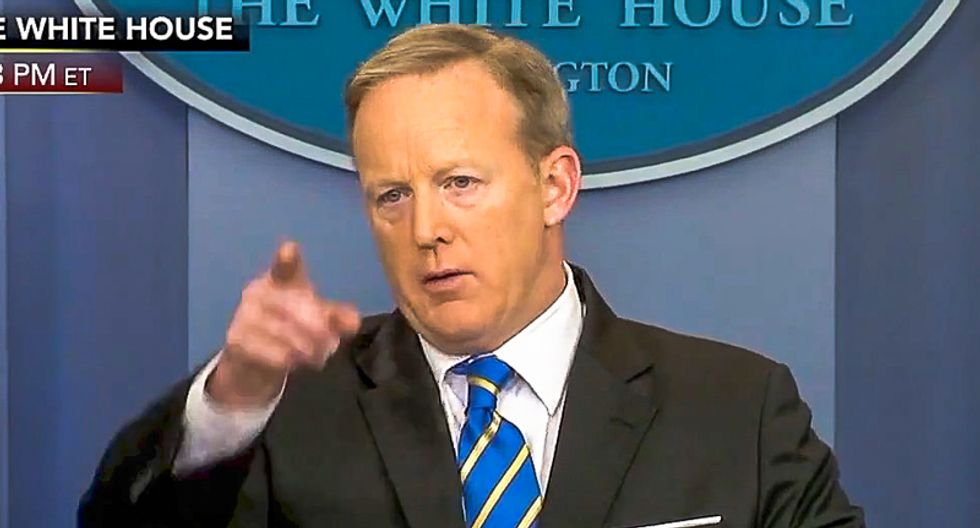 According to The Daily Beast, President Donald Trump's relationship to the press tasked with covering him continues to be strained after recording was barred at a press briefing for the second time in a week on Monday.

"If they can’t give us the answers to the questions on camera or where we can record the audio, they’re basically pointless," Acosta said.

Another correspondent who spoke on condition of anonymity told the Beast that they find the White House's "reliance on off-camera briefings to be very frustrating."

"If I can’t include video of my questioning, it makes me wonder why I shouldn’t just skip the briefing and rely on email to get answers," the correspondent said.

New York Magazine's Olivia Nuzzi told the Beast that instead of skipping the no-recording briefings, press poolers should report when they're not allowed to record.

“I think that’s what they're hoping for—an easy out from doing their job of informing the public by answering to a free and independent media,” Nuzzi told the Beast. “If the White House is going to continue to attempt to avoid the press in favor of communicating through press releases and presidential tweets, let’s cover the sh*t out of that and highlight, as often as possible, how ridiculous and abnormal this is becoming.”

Read the entire report on the Trump White House's strained relationship with their press poolers via The Daily Beast.