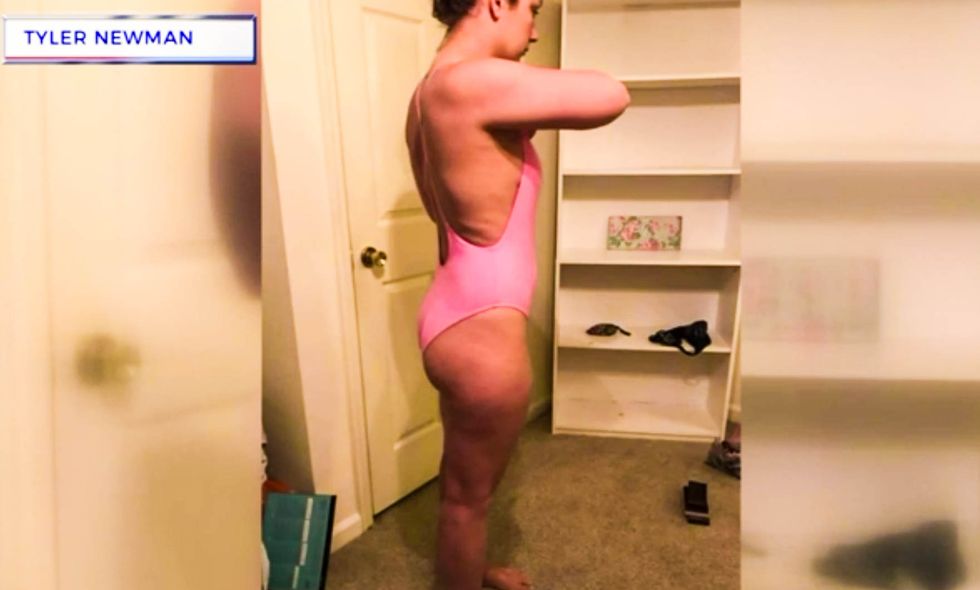 Tori Jenkins, a Tennessee woman who says her swimsuit got her kicked out of her apartment complex's pool (Screen cap).

An East Tennessee woman claims that she was kicked out of her apartment complex's pool over fears that her swimsuit would "excite" teenage boys who lived there.

Tori Jenkins tells local news station WTVR that she was asked to leave the pool recently by a woman who complained about her pink one-piece bathing suit.

"She basically told me that if I didn't have kids, I wouldn't understand," Jenkins explains. "If her kids were at the pool she wouldn't want me in that swimsuit, how inappropriate I looked."

She claims the woman then told her she needed to either put on shorts or go to a part of the pool where she was less visible.

Tyler Newman, Jenkins' fiance, first drew attention to the incident when he posted about it on Facebook.

"She was told that her body because it's built more curvy than others, is too inappropriate for children to be around," Newman told WTVR. "She was told there are a lot of teenage boys in this complex, and you don't need to excite them."

In a statement given to WTVR, the apartment complex denied that any of its representatives had ever told her that her swimsuit would "excite" teenage boys, and only said that "one of our leasing consultants requested Ms. Jenks wrap a towel around herself when she was walking around the pool."

Watch WTVR's video report of the incident below.