'Wouldn’t that be fun?': Listen to Trump rally Republican donors with threats to sue CNN over Russia 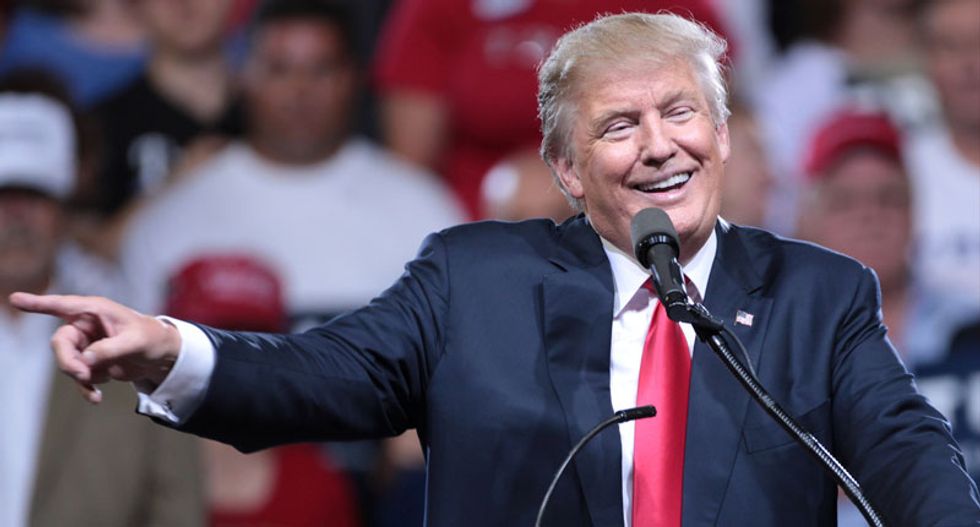 President Donald Trump drew enthusiastic applause this week from Republican donors when he threatened to sue CNN for negative reports about his administration.

The Intercept obtained a recording of Wednesday night's event, which cost $35,000 per person, at Trump International Hotel in Washington, D.C., where the president singled out CNN as part of a broader attack on the media.

"Boy, did CNN get killed over the last few days," the president said, referring to a report that was retracted by the network on a Trump associate's ties to a Russian bank.

Three reporters also were forced to resign over the story, but Trump zeroed in on a CNN employee who was not involved in that retracted report.

“Van Jones — you see this man?” Trump said. “These are really dishonest people. Should I sue them? I mean, they’re phonies. Jeff Zucker, I hear he’s going to resign at some point pretty soon. I mean these are horrible human beings.”

Zucker, the former head of NBC Entertainment, is hugely responsible for Trump's fame after hiring him as host of the "Apprentice" reality show, and the current CNN boss credits Trump with improving the news network's ratings.

“It’s a shame what they’ve done to the name CNN, that I can tell you,” Trump told Republican donors. “But as far as I’m concerned, I love it. If anybody’s a lawyer in the house and thinks I have a good lawsuit — I feel like we do. Wouldn’t that be fun?”

During the presidential campaign, Trump threatened to loosen libel laws so he could sue newspapers for unfavorable coverage.

"One of the things I'm going to do if I win, and I hope we do and we're certainly leading," Trump told supporters during a February 2016 rally in Fort Worth, Texas. "I'm going to open up our libel laws so when they write purposely negative and horrible and false articles, we can sue them and win lots of money. We're going to open up those libel laws. So when the New York Times writes a hit piece which is a total disgrace or when The Washington Post, which is there for other reasons, writes a hit piece, we can sue them and win money instead of having no chance of winning because they're totally protected."