'Frederick Douglass would agree': Internet lights up Trump for taking credit for building the Panama Canal 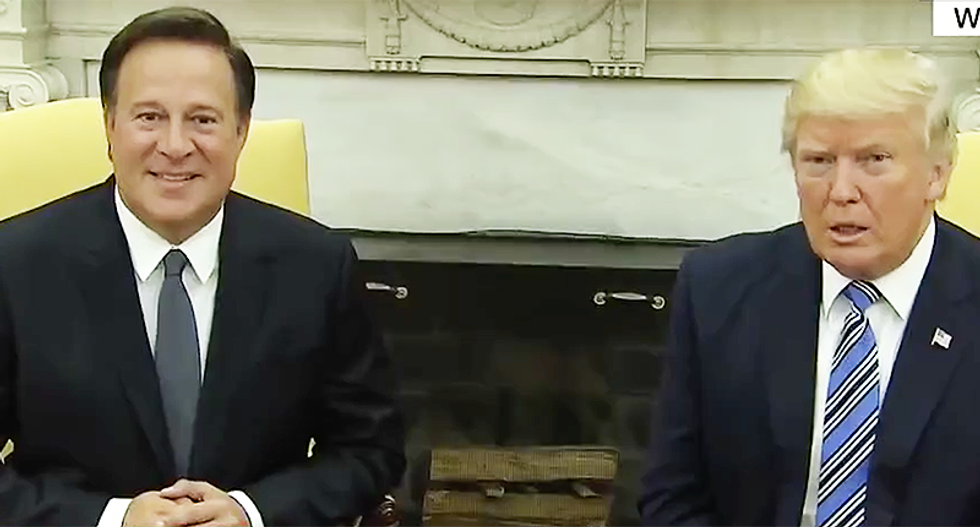 While in the Oval Office with Panamanian President Juan Carlos Varela, President Donald Trump appeared pat himself on the back for building the Panama Canal.

“The Panama Canal is doing quite well. I think we did a good job building it,” Trump said.

The United States got permission from Panama in 1904 to build the Canal and former President Jimmy Carter signed the Panama Canal Treaty and Neutrality Treaty, which gave control back to the Panamanians in 2000.

That time Trump took credit for building the... by sarahburris

Understandably, Twitter lit up with attacks on Trump for taking credit:

@kylegriffin1 The Panamanian president appears to be trying to go to his "happy place" until this ends. Good job with the handshake, tho.
— Cathy P (@Cathy P) 1497888780.0