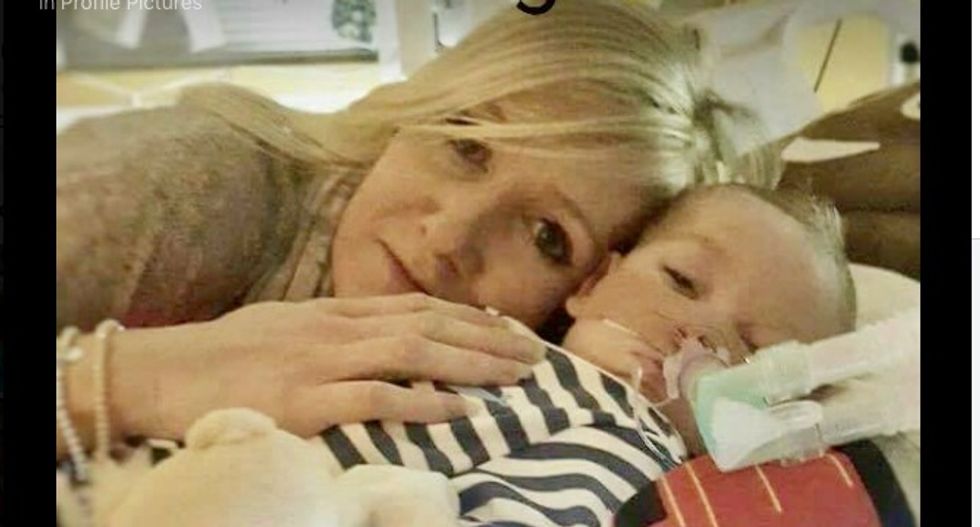 The U.S. House of Representatives' Appropriations Committee voted in favor of granting a terminally ill British baby boy a permanent visa to relocate to the United States and receive experimental treatments.

Conservatives have taken up the Gard family's cause, saying that the boy should not be allowed to die even though he is currently only alive through serious medical intervention. He is currently being sustained on life-support equipment and is unable to breathe, eat or move on his own.

The infant's doctors have advised the family to withdraw life support and allow the boy to die with dignity, but Charlie's parents, Connie Yates and Chris Gard, have refused, insisting that their son has a chance to live. A series of high court rulings found in favor of the doctors, but the family is now taking in donor money to keep Charlie alive.

Rep. Beutler's own daughter was born with a usually fatal disease but survived after treatment. She said that the budget amendment will allow the family to have a chance.

"This amendment would speed up the process, cut through the bureaucratic red tape, and ease the path for Charlie to be able to receive medical treatment in the US that his parents and medical specialists believe is worth pursuing," Beutler said in a statement.

President Donald Trump has offered to donate to the baby's medical care and U.S. "right-to-life" conservatives have championed the baby's cause, even as the Republican Party debates repealing the Affordable Care Act and deprives millions of American children of health coverage.

Mitochondrial DNA depletion syndrome affects the mitochondria, the so-called "batteries" of each of the body's millions cell. Mitochondria store and release energy, allowing cells to function, process energy and eliminate wastes. In the case of Charlie Dent, his mitochondrial DNA does not regenerate at a rate that allows his body's systems to run effectively. His condition is severe and most medical professionals do not believe that he will ever recover.

Specialist Dr. Michio Hirano flew to London from the U.S. to examine Charlie. Hirano is promising new specialized treatments for the child, but his technique has only worked on one patient whose illness was much less serious.

Charlie Gard's doctors were unmoved by Hirano's assessment and still believe the baby should be taken off life support and allowed to pass away with dignity. They are seeking an injunction against allowing the family to remove the baby from his current hospital.

Trump supporters were thrilled about the House amendment.

Others were not so enthused.

@carrielamarr Seems ironic that the most vocal Americans in the #CharlieGard debate are Trump supporters.
— John (@John) 1500357726.0

@ganais_anais @LBC Don't be so bloody STUPID! God save Charlie from his incredibly selfish parents and the rent-a-… https://t.co/f85VtNZKUG
— SoapsyAndSudsy (@SoapsyAndSudsy) 1500277228.0