Al Gore: Trump is first president to deliberately ‘tear down America’s standing in the world’ 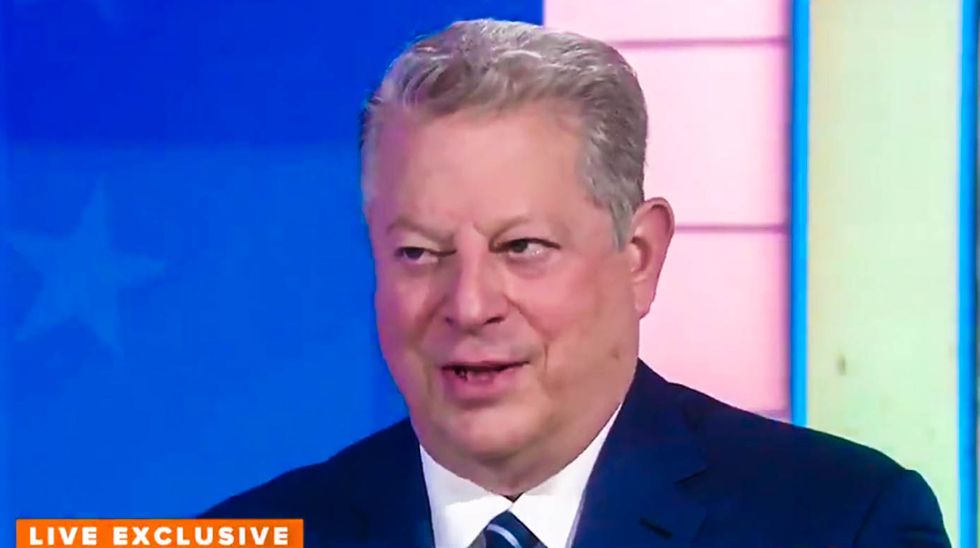 Former Vice President Al Gore appeared on NBC's Today on Monday to discuss his deep disappointment with President Donald Trump's decision to withdraw from the Paris climate accord.

Gore noted that he had a meeting with Trump late last year where he came away optimistic that the president wouldn't hastily withdraw from the Paris deal, if for no other reason than it would hurt America's standing as a world leader.

Now, however, he doesn't have any optimism that we'll see any kind of leadership from Trump on addressing climate change.

"We’ve never had a president who’s deliberately made decisions... to tear down America’s standing in the world," Gore told Willie Geist. "The climate crisis is by far the most serious challenge we face. But he's also undermined our alliances, such as NATO, and hurt our standing in the world in many ways."

Gore also told Geist that he had "pleasant exchanges" with Trump last year that led him to believe he'd take a more reasonable stance on climate issues than his campaign rhetoric indicated.

"I hoped that he'd come to his senses on the Paris agreement," Gore said. "I was wrong."

Watch excerpts of Gore's interview below.