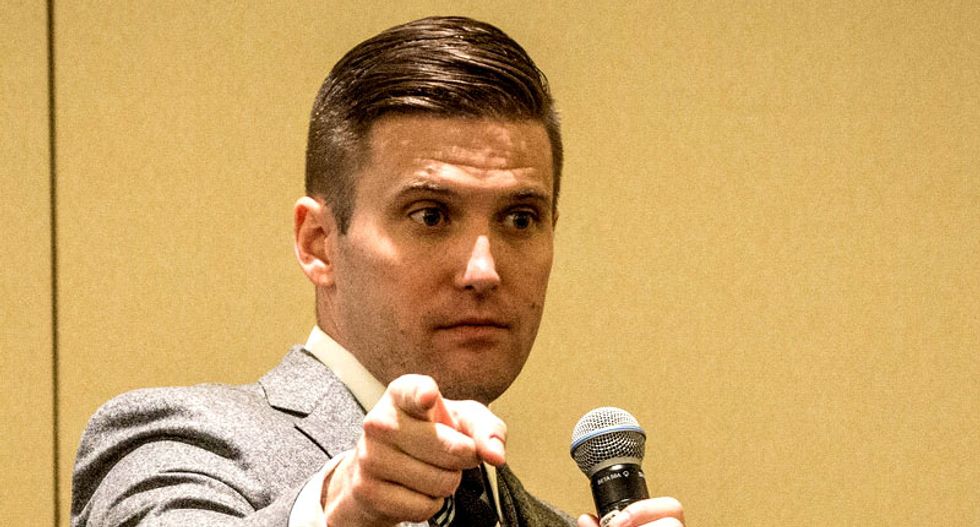 Donald Trump’s administration may not be single-handedly deconstructing the global world order as some in the alt-right anticipated, but—according to three leaders of the neo-fascist movement—it is providing the movement the “space to destroy.”

“He’s going to give us space to operate, and frankly, it is space to destroy,” Peinovich said of Trump.

“Now is the time that we have to make hay while the sun shines,” 'Jazzhands McFeels' argued, insisting the alt-right should take advantage “while these investigations of ‘domestic terrorist groups’ are not being funded by the government, they’re not being pushed by the Department of Homeland Security.”

Contrasting Trump’s administration with a hypothetical Hillary Clinton presidency, Peiovich added the alt-right would “probably be facing f*cking [racketeering] charges or some shit like that,” adding the movement has “to use these four years to grow into something that can’t be defeated by that kind of thing.”

'Jazzhands McFeels' said members of the Trump administration “kind of expect us to be doing this,” clarifying that why he doesn’t believe Trump is “our guy,” the president’s top White House counselor Steven Bannon “wants us to be able to operate in that space.”

“So we should and we are,” “Jazzhands McFeels” added.

“I hope the way that [Trump] is looked back on in history is that he was the vehicle that moved the alt-right movement, the white identity movement in the United States, back into the forefront of the political scene,” Peinovich said.