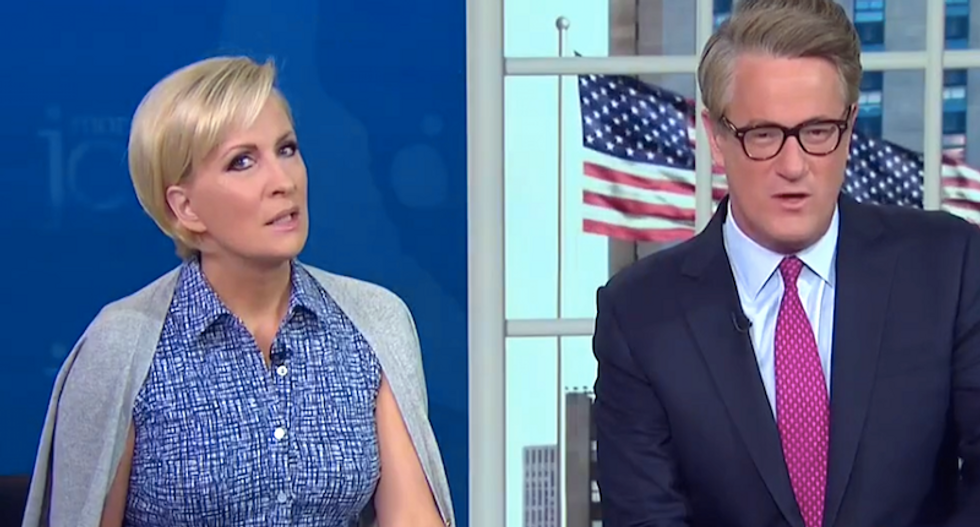 President Donald Trump boasted about all the bills he's signed into law just hours before the Republican health care bill appeared to stall -- and MSNBC's Mika Brzezinski wonders if anyone in the White House know what's going on.

Washington Post reporter Julie Pace explained that some White House officials believe the power of the presidency, combined with President Donald Trump's base support and social media presence, can get any legislation rammed through -- while others knew the bill may be doomed.

"We're all sitting here watching this, we all saw this going down in flames long before it happened," Brzezinski said. "Who's talking to the president, before he gets out in front of the cameras at the White House with the vice president standing behind him, saying, 'This is going to be good,' an hour before it goes down in flames? Does the right hand know what the left is doing at all? Is anybody speaking truth to this president? Not even truth to power -- are they telling him what's going on so he doesn't look like an idiot?"

In fact, Pace said, the president's staff put him in a room with a group of supportive GOP senators as defectors peeled away from the bill on Capitol Hill -- and "Morning Joe" host Joe Scarborough marveled at the incompetence.

"There's just this remarkable disconnect from the realities of Washington," Scarborough said. "Whenever you talk to people inside the Trump White House, they always say, 'Oh, it's going to be fine, this is going perfect. You people just don't understand -- no, no, we're playing to our base, we're going to win this vote.'"

The perfect example of their willful blindness, he said, is when White House chief of staff went on TV last week and called Donald Trump Jr.'s meeting with a Russian attorney a "nothingburger."

"That is their attitude toward everything," Scarborough said. "They're always proven wrong. They have been proven wrong on Russia, they're proven wrong on health care, and the question is will they ever right the ship?"