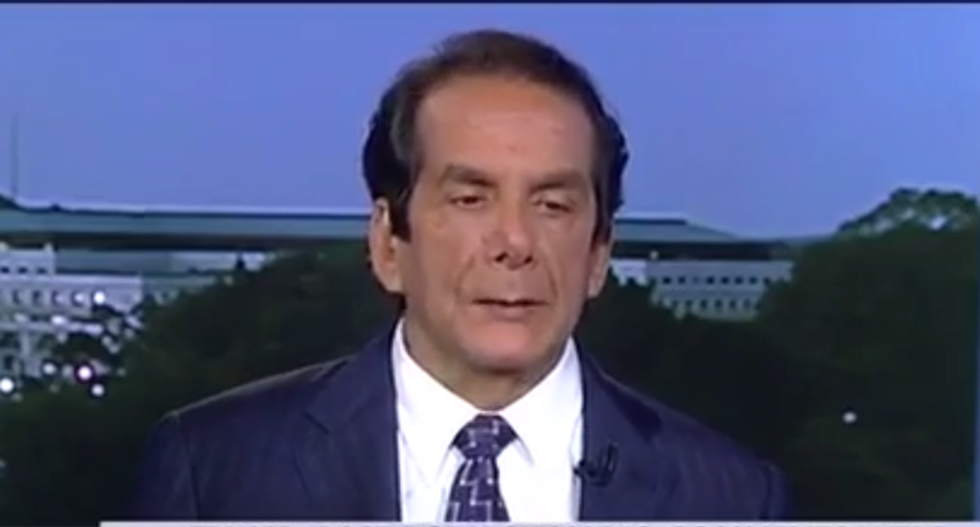 Appearing on Fox News Tuesday afternoon, regular Charles Krauthammer blasted the Republican Party for having wasted seven years to come up with an Obamacare replacement -- only for the whole thing to collapse in an "epic fail."

“This is an epic fail,” Krauthammer declared. “This is historic. This is seven years of arguing gone down the drain. And I think we’re at the end of the road, at least in this phase.”

'The idea that they are going to get a repeal bill standing alone, when repeal and replace was meant to mitigate the effects of repeal, is ridiculous and it is not going to pass," he added.

The longtime Fox commentator went on to place blame on President Donald Trump, saying, "There was no presidential leadership ... You put all of those together and you get an epic fail.”