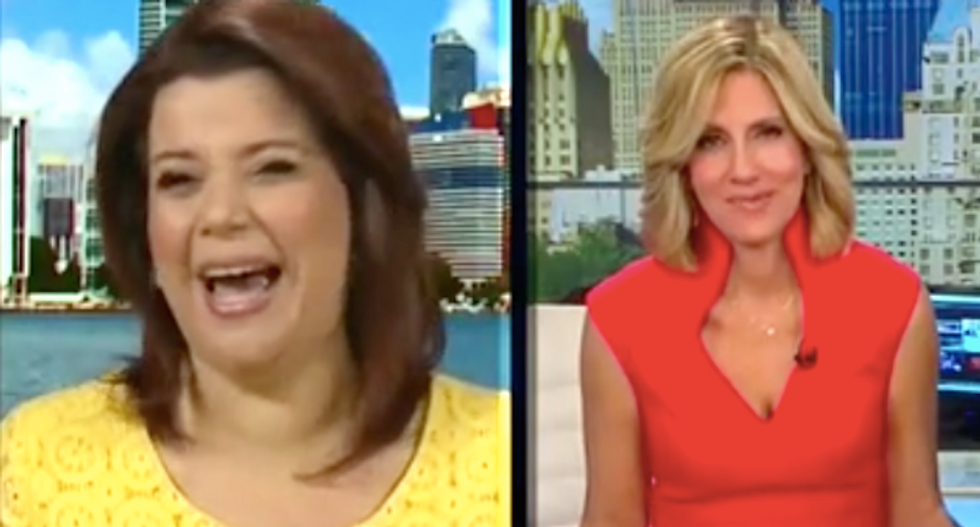 Ana Navarro wondered if attending a Trump rally was like taking psychedelic drugs -- but CNN's Alisyn Camerota assured her it's not.

That took Navarro's mind through the looking glass.

"It's very different," Camerota said, as her co-host grinned.

Many users report hysterical laughter while under the effects of psychedelic mushrooms, which can seemingly reveal life as some type of cosmic joke -- and Navarro seemed to grasp that fundamental aspect of tripping.

"The stuff that comes out of his mouth, sometimes you've got to just laugh at the absurdity," Navarro said. "Six months into his presidency he's comparing himself to the other 44 presidents, which have included great giants like Thomas Jefferson, like George Washington, like FDR, like Ronald Reagan. It is just mind-blowing."

"I think the entire thing is somewhere between absurd, hilarious and panic-inducing," she added.