Bill Nye: Climate change deniers need to hurry up and die so we can save the planet 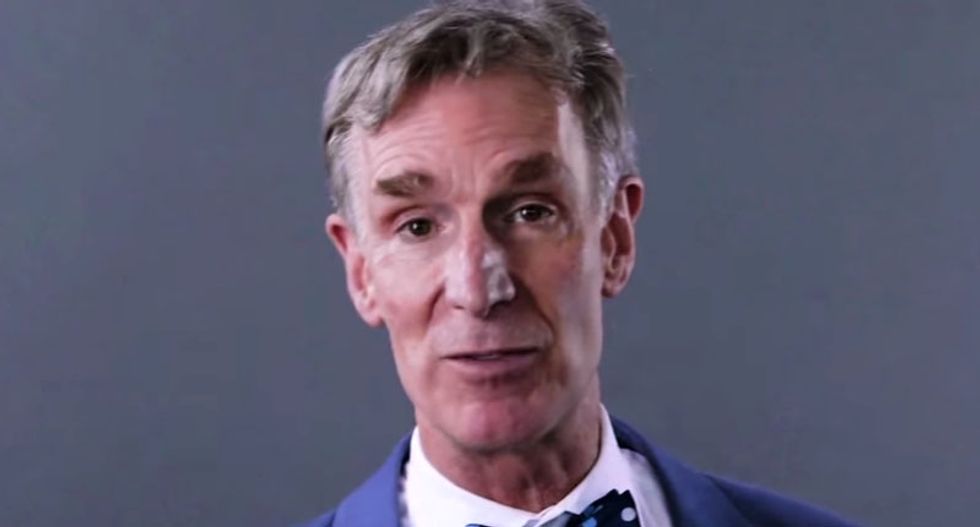 Former mechanical engineer and "science guy" Bill Nye told the Los Angeles Times in a candid interview that the planet will be better off when climate deniers die or otherwise leave public discourse so that efforts to save ourselves from environmental catastrophe can begin in earnest.

The Times' Patt Morrison asked Nye if he feels like in some ways the U.S. is in retreat from knowledge, mistrusting climate scientists and living in denial.

"It just sounds like people are scared," said Nye. "It just sounds like people are afraid. And the people who are afraid in general — with due respect, and I am now one of them — are older. Climate change deniers, by way of example, are older. It’s generational. So we’re just going to have to wait for those people to 'age out,' as they say. 'Age out' is a euphemism for 'die.' But it’ll happen, I guarantee you -- that’ll happen."

Morrison asked if he's ever been tempted to haul off and punch someone like astronaut Buzz Aldrin did when a man called him a coward and a liar and insisted Aldrin had never set foot on the moon.

"Oh no! No no! [laughs]. Oh no, Mr. Carlson. I don’t know if you saw that, me and Mr. [Fox TV host Tucker] Carlson," Nye said, referring to a contentious interview with Fox News host Tucker Carlson, who accused Nye of being a narrow-minded "bully" in his contempt for climate deniers.

"(I)t’s hard not to be critical of people who want to be ignorant," he said later in the interview, "but I don’t think it can last. I don’t think the celebration of 'dingbatitude' can stick with us because we’ll get out-competed by the non-dingbats. People will want to look to non-dingbats to innovate and keep the United States competitive."

In response to charges that he is "politicizing" climate change, Nye said, "I’m not the guy denying climate change. You guys started it. I didn’t want be political. You made it political -- clowns."