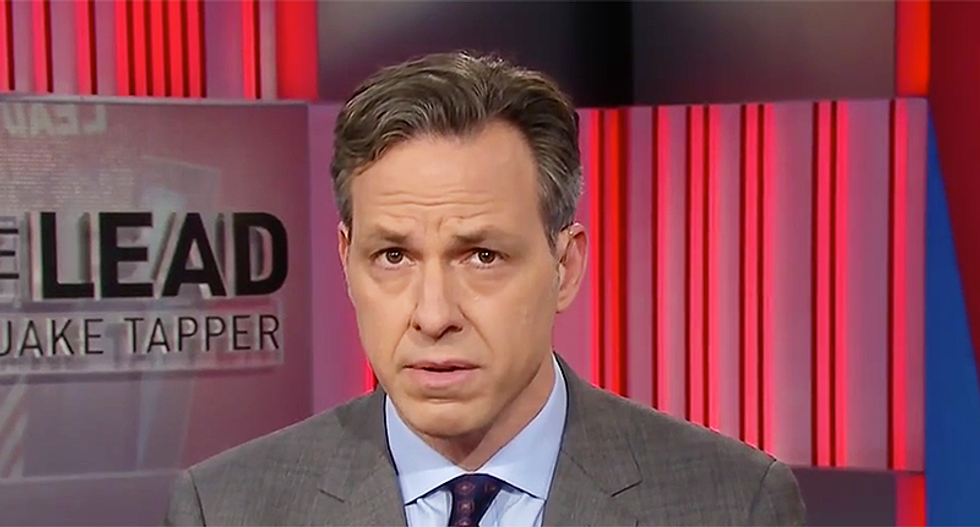 In a tweetstorm Saturday morning, CNN host Jake Tapper shamed President Donald Trump for wasting his time on Twitter, indulging in petty squabbles with the media, while ignoring the problems facing the U.S.

Writing on Twitter, Tapper advised the president to knock it off and start acting presidential.

He then ticked off more suitable subjects for Trump to address on Twitter rather than falsely accusing a TV host of showing up at Mar-a-Lago while bleeding from a face lift.

@realDonaldTrump 4/ attacking media does nothing for the troop in harm's way, the hungry child in Appalachia or inn… https://t.co/6qKvge9Z5s
— Jake Tapper (@Jake Tapper)1498916317.0