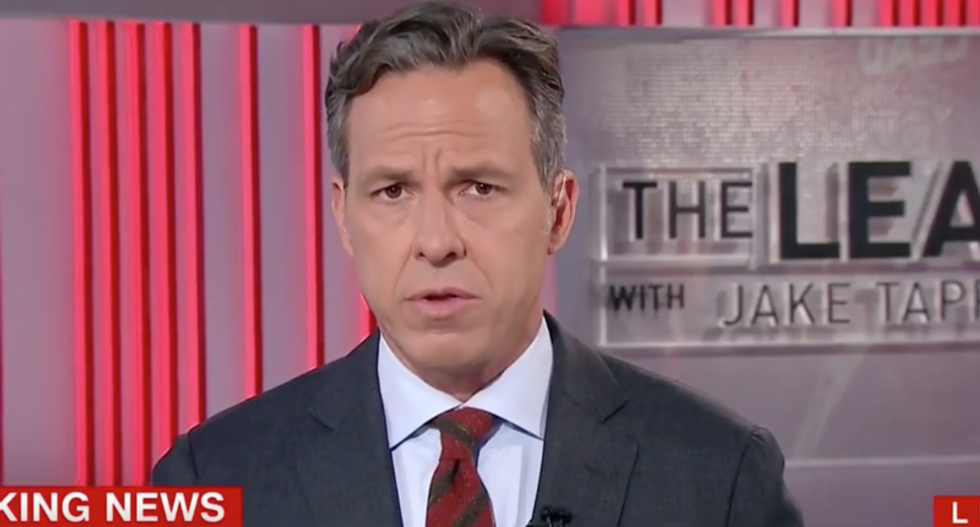 CNN’s Jake Tapper on Monday issued a brutal fact-check of White House Press Secretary Sean Spicer’s claim “there was nothing as far as we know that would lead anyone to believe” the meeting between top Donald Trump campaign officials and a Russian emissary was about anything other than adoption.

During his first appearance behind the podium in three weeks, Spicer blatantly contradicted the president, who had tweeted on Monday the meeting between his son Donald Trump Jr., son-in-law Jared Kushner, campaign chairman Paul Manafort and a Russian lawyer was set up “in order to get info on an opponent.”

“Yeah, there’s nothing that would lead anybody to believe it was about anything other than adoption,” a snarky Tapper said Monday. “Except for the subject line of the emails, the content of the emails, and every single thing related to setting up that meeting.”