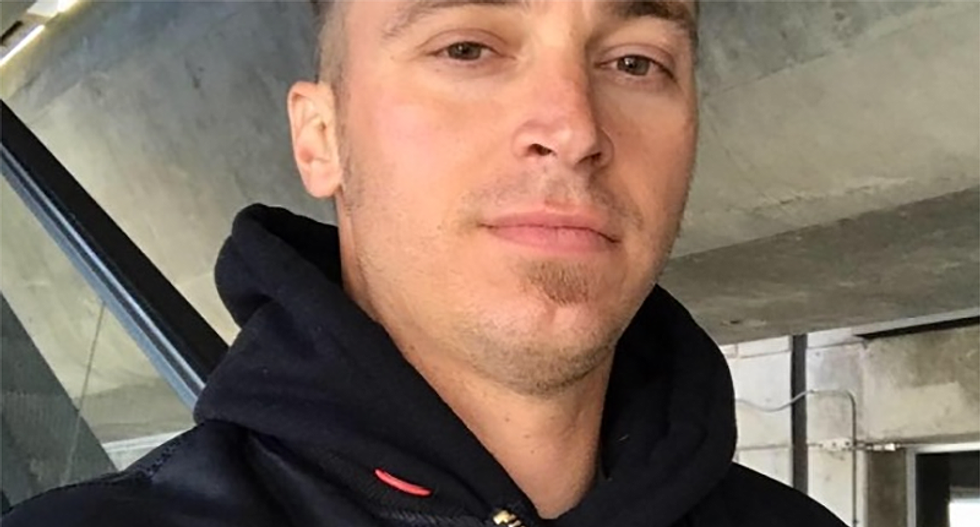 William Scott Planer is the latest in the growing list of white supremacists who are vandalizing and attacking Jewish places of worship, cemeteries or schools across the United States.

The Anti-Defamation League revealed that Planer was arrested July 14, 2017, after posting a sticker reading “Fight Terror, Nuke Israel” on the door of the Chabad Lubavitch Jewish Center in Colorado Springs.

The Denver man is being held in the El Paso County Sheriff's Department on a $500,000 bond for felony charges he faces in California. There, he's accused of assault with a deadly weapon and participation in a riot. The alleged attacks were on a protester during a white supremacist march in June 2016 in Sacramento.

Activists claimed that he is the man seen in a recording of the protest violence who clubs a woman over the head with a pole.

The ADL notes that Planer has been on their radar for years for his known association with white supremacist groups such as the Golden State Skinheads and the Traditionalist Workers Party (TWP).

Prior to the march in Sacramento in 2016, TWP leader Matthew Heimbach posted an image on Twitter, saying, “Just some of our brave comrades preparing to march today in California. Hail the TWP and GSS. United, we will win!”

The event ended with a bloody fight between racists and a counter-demonstration of approximately 10 left-wing activists.

Planer was also involved in an April 29, 2017, white supremacist rally in Pikeville, Kentucky that was also organized by the TWP as well as the neo-Nazi National Socialist Movement. There, Planer wore a shirt with the TWP icon and was seen frequently giving the Nazi salute.

This year he's been in Boulder, Colorado with the Proud Boys, an alt-lite group that espouses racism, xenophobia and misogyny while preaching against "political correctness" and liberals. At that rally, he wore a T-shirt with a neo-Nazi symbol and the words “Proud to be fascist, anti-Antifa.” A week later he was seen wearing the TWP T-shirt at an anti-Muslim "March Against Sharia" rally in Denver.

He is one of many white supremacists who have been linked to threats and attacks against Jews and Jewish institutions.