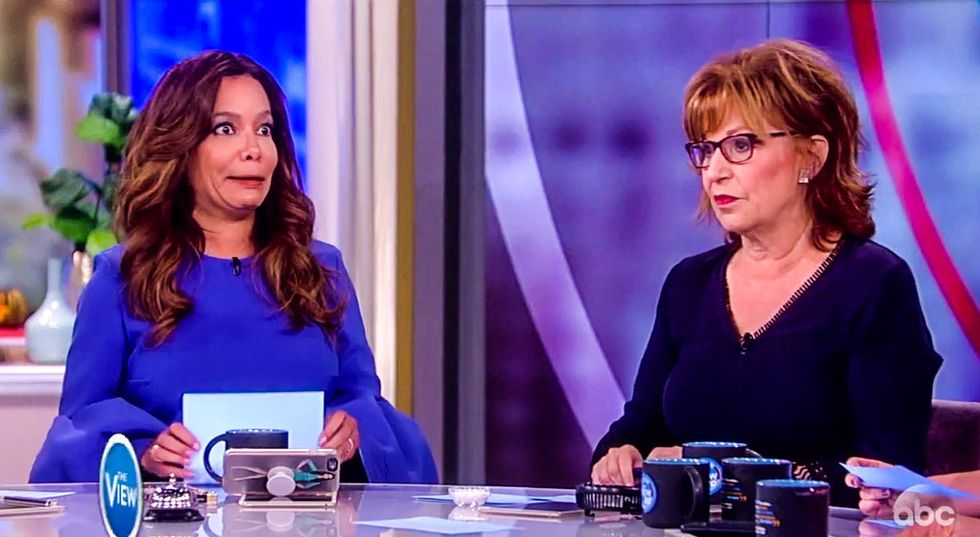 The women on The View had some fun at conservative pundit Ann Coulter's expense on Monday, as they carefully dissected the ins and outs of her weekend meltdown after Delta Airlines gave away her reserved seat to another passenger.

Co-host Whoopi Goldberg noted that she understood some of Coulter's anger, as it's understandable to be upset when an airline gives away your seat. However, she said Coulter went too far when she posted a photo of the woman who got her seat, as it wasn't the woman's fault that the airline gave that seat to her.

"I get that she's mad, maybe she didn't want to be by the window, she paid for the seat," said co-host Jedediah Bila. "But it was, like, hours of this. And I even understand you tweet it out! She has a lot of followers, she has a lot of power, I get it... But it went on for hours and [the passenger Coulter photographed] could have gotten harassed."

At this point, co-host Sunny Hostin jumped in to point out the hypocrisy of Coulter becoming a white-hot emotional mess after losing her airplane seat.