‘Don’t rob yourself of your future’: Conservatives try to scare 12-year-old rape victim into giving birth 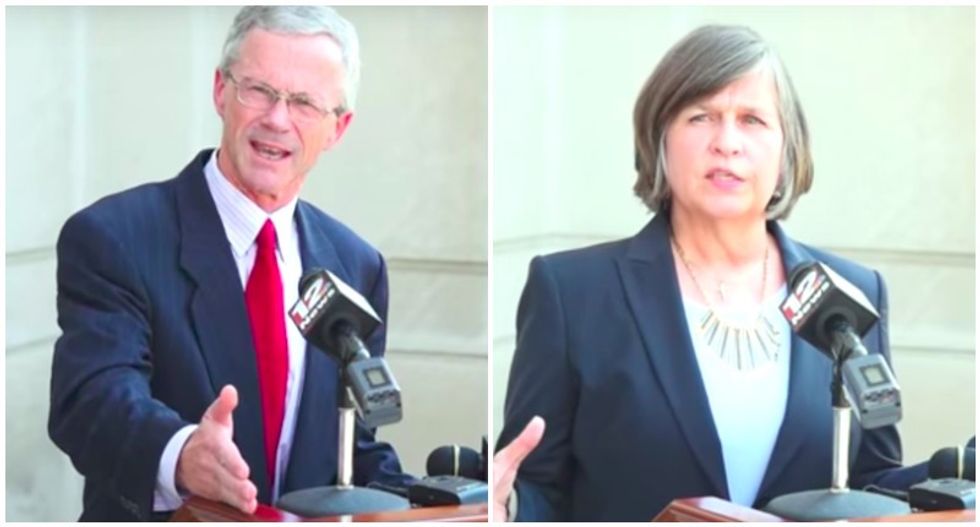 A former Alabama court official and a pregnancy counselor blasted a state court ruling that allowed a 12-year-old girl to have an abortion without parental consent after an adult relative raped her.

Win Johnson, legal director for the Administrative Office of Courts under former Chief Justice Roy Moore, said the girl was not mature enough to handle what he believed would be negative long-term consequences related to the abortion, reported AL.com.

"(The ruling said the victim) was mature enough -- and I'm going to put this in its starkest terms -- to decide to murder her own child in her womb," Johnson said Wednesday.

"Now, nobody has said that to her, I bet you, in any of her counseling," Johnson said. "Nobody has explained that to her in its starkest, rawest form, like that. But what if it was, what if she really thought through it, even as a 12-year-old and said, 'Gosh, I don't want that on my conscience.'"

"The one thing that I can tell you is that it is not an easy decision, but I've never had a woman come back and say her life was better," Mullins said. "There is no good choice in this matter. What I can say is that this girl's life will not be better after an abortion no matter what happens."

The adult relative has been charged with statutory rape, and the girl and four siblings have been removed from the home they shared with their mother, stepfather and an uncle.

The girl sought a waiver from the parental consent law, saying she did not have a good relationship with her mother and was afraid, and a district attorney objected until a family court judge approved her request last month and an appeals court agreed.

"She probably has trouble deciding what shirt to wear to school," Mullins said. "The courts, the law has decided that she's not old enough, wise enough and mature enough to make her own decision about whether or not she wants to drink, to buy a pack of cigarettes to drive a car."

Mullins agreed the girl had been victimized throughout her life, but she argued that having an abortion put her at greater risk for depression, substance abuse and relationship problems.

"I don't know what the perfect answer is, but I know this is not it," she said. "If I could actually speak to this child, the only thing I could say to her is you've been robbed of your childhood. Don't rob yourself of your future."