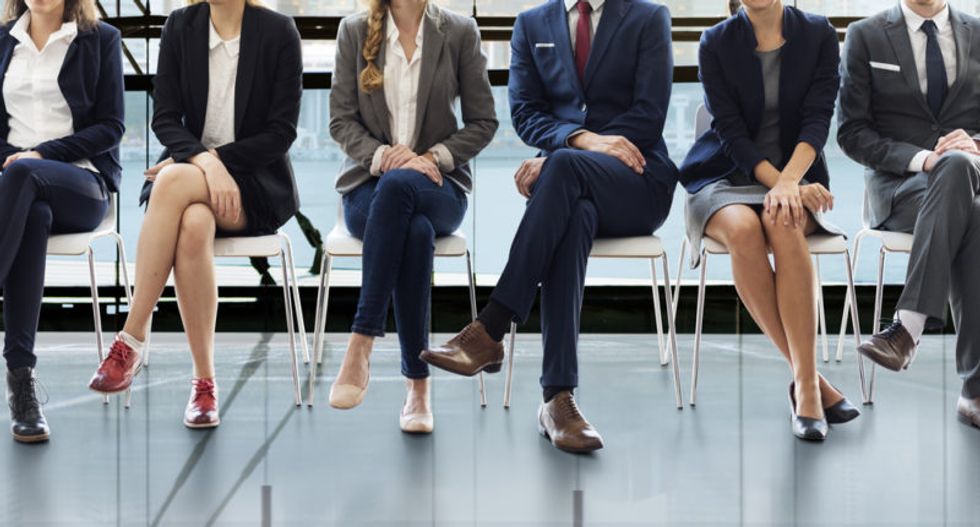 Women and men in an office (image via Shutterstock).

A new report from the New York Times details the experiences of more than two dozen women who have been sexually harassed while seeking venture capital investment for their tech startups in California's Silicon Valley -- and the report reveals a "pervasive and ingrained" culture of misogyny.

Of the women that spoke to the Times about their harassers, ten named them -- and the list includes Chris Sacca of Lowercase Capital and Dave McClure of 500 Startups who the report concedes "did not dispute the accounts."

From the former Uber engineer who exposed a startling pattern of sexual harassment during her year-long tenure that led to their CEO's resignation to the late June outing of venture capitalist Justin Caldbeck as a predator, the oftentimes extreme harassment women receive in the startup world has made headlines in 2017.

Sarah Kunst, a 31-year-old entrepreneur who told the Times about harassment from 500 Startups' Dave McClure, detailed one of the more common patterns in the report -- the investors will often make unwanted or inappropriate advances, and when they are spurned, will then retract their funding offers, leaving any avenues of accountability closed because the women are neither employees nor the recipients of investments.

Others, like interviewee Wendy Meyer, described worse scenarios. Meyer, who is Asian-American, was "kissed and groped" by Caldbeck after he put up funds for her fitness startup. Meyer said she felt like she "had to put up with it" because of her race and gender. After reaching out to her mentor who then alerted one of the firms run by Caldbeck, "little" about the situation changed.

Silicon Valley's gender gap has long been acknowledged even by tech megagiants like Google and Facebook -- but the reasons for the disparities taking place in the San Francisco Bay appear to extend far beyond simple discrimination.

According to data firm PitchBook, that disparity can be seen in the funds female entrepreneurs received from VC firms ($1.5 billion) versus their male counterparts ($58.2 billion). The experiences of the women who came forward in the Times report may"help explain why the venture capital and start-up ecosystem — which underpins the tech industry and has spawned companies such as Google, Facebook and Amazon — has been so lopsided in terms of gender."