'Find someone not connected to Russia!': The View loses it after Trump whines about Sessions' recusal 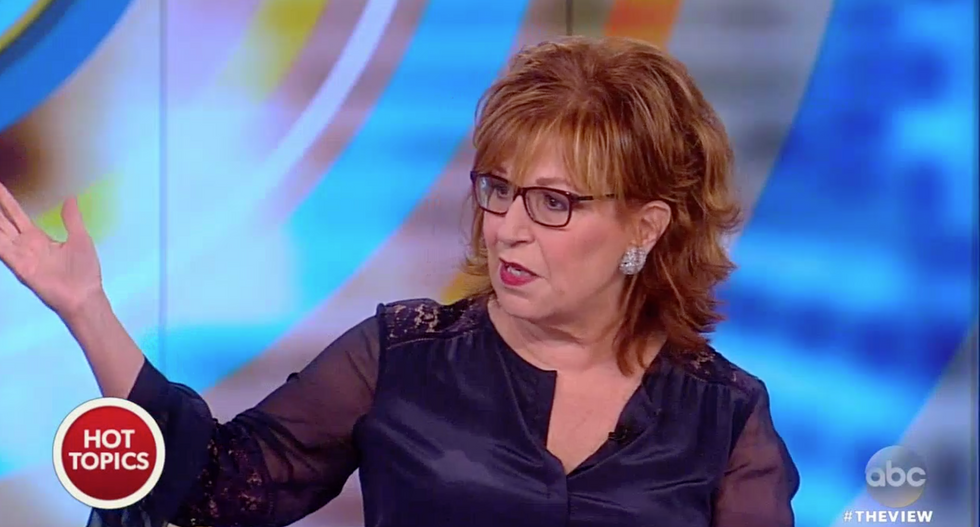 The hosts of “The View” on Thursday slammed Donald Trump for complaining that his attorney general, Jeff Sessions, recused himself from the Department of Justice’s Russia probe, with Joy Behar arguing if the president didn’t surround himself with people who are connected to the Kremlin, he wouldn’t have this problem.

“The climate in D.C. is much less civil these days, the new guy has been on the attack, trashing his own appointee for attorney general,” Whoopi Goldberg began, referring to Trump’s wide-ranging interview with the New York Times, published Wednesday night, which included the president’s musings on Sessions’ recusal.

“Sessions should have never recused himself, and if he was going to recuse himself, he should have told me before he took the job and I would have picked somebody else,” Trump told the Times.

“Jeff Sessions takes the job, gets into the job, recuses himself, which frankly I think is very unfair to the president,” Trump continued. “How do you take a job and then recuse yourself?”

“If he would have recused himself before the job, I would have said, ‘Thanks Jeff, but I’m not going to take you.’ It’s extremely unfair—and that’s a mild word—to the president,” he added.

Referring to Sessions’ recusal, Goldberg pointed out “that’s what he’s supposed to do.”

“He did the right thing!” co-host Sunny Hostin added.

“He appointed Sessions—everyone he appoints has some connection to Russia,” Joy Behar said. “Find somebody who’s not connected to Russia and then you don’t have to worry about them recusing themselves!”

“Everybody he knows is connected to Russia,” she quipped.

Earlier in the segment, Behar condemned the president over his previous statements about Sen. John McCain (R-AZ), who it was revealed Wednesday was recently diagnosed with brain cancer.

Noting McCain is “the person who will speak truth to power, to his own power,” Behar called Trump’s campaign-era claim that McCain is not a war hero “despicable.”

“I could not believe they voted for Trump after that comment in this county,” she said. “That was one of the most appalling moments. That might have been the worst one.”

“It’s so despicable to say something like that, I mean it’s so unpatriotic,” she continued. “It’s despicable.”