Firm commissioned by Tillerson recommends that DHS issue US visas 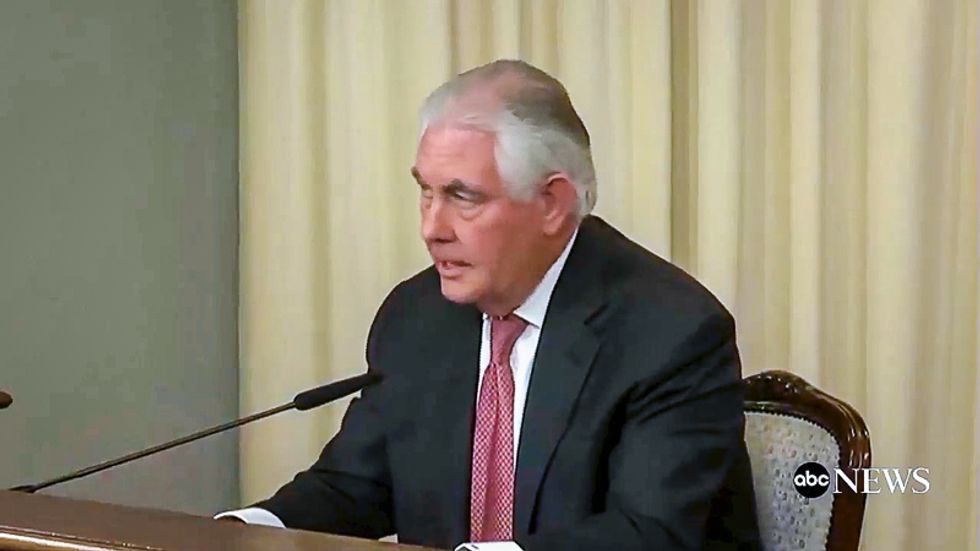 WASHINGTON (Reuters) - The issuance of U.S. visas, passports and other travel documents should be transferred to the Department of Homeland Security from the State Department, a consulting company commissioned by U.S. Secretary of State Rex Tillerson has recommended in a report.

The study, by Insigniam Holding LLC, which was seen by Reuters, also urges extending foreign postings for U.S. diplomats by one year and ensuring overlap between arriving and departing diplomats to improve efficiency and impact.

The 110-page study was based on online surveys of 35,386 people within the State Department and the U.S. Agency for International Development as well as one-on-one interviews with about 300 workers. It was first reported by The Wall Street Journal.

Tillerson commissioned the study as he looks to reorganize the State Department to cut its budget by roughly 30 percent, as laid out in President Donald Trump's budget proposal.

Influential members of Congress, which has the power of the purse, have made clear that they are not willing to institute such sharp budget reductions, which have contributed to anxiety and low morale among many State Department employees.

In the report, the consultants recommended that Tillerson "move issuance of passports, visas and other travel documents to Homeland Security."

"There may be an opportunity to elevate efficiency and reduce cost by this change," it said. "Indications are that doing so would elevate security at our borders."

Jeffrey Gorsky, a former State Department consular official, said the idea of shifting visa issuance from the State Department had been around since the Sept. 11, 2001, attacks, but that improved U.S. security had undercut the argument for this.

Such a shift, he said, would likely require congressional action and could erode the principle of "non-reviewability," the current doctrine under which consular decisions may not be reviewed by the courts.

The report also called for crafting "a unifying, clear and vibrant mission" for the State Department and USAID, though the recommendations did not specify one; focusing on "front-line" staff at U.S. embassies and consulates rather than headquarters personnel; and improving management to measure performance, remove "poor performers" and update personnel policies.