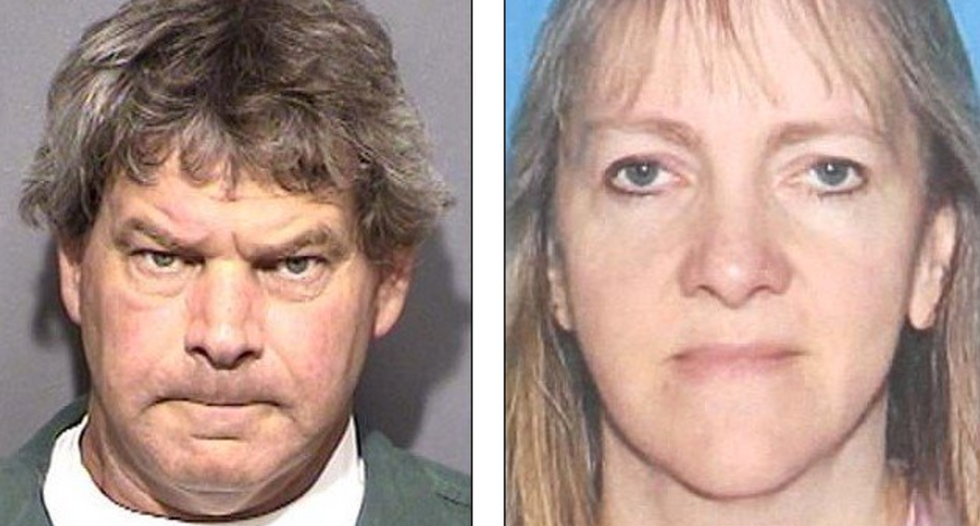 Christopher Leclair, a commercial fisherman from Pennsylvania, allegedly bound his wife Karen Leclair with fishing rope, then tossed her overboard with an anchor attached her stomach, the New York Post reports.

The incident happened in Lake Erie, near Dunkirk in upstate New York.

Police say on June 10, Leclair used a revolver to shoot her before dumping her body in the lake. Leclair originally told the Coast Guard his wife went missing on June 11, insisting she’d gotten sick on the boat and fell overboard before he could save her.

But security footage from June 10 shows the couple leaving on the boat together and Christopher returning alone, the Post reports.

Police told YourErie.com they issued warrants for Christopher Leclair after they were tipped off he was having an affair with an Albion woman.

Leclair has been charged with murder. His father Earnest Leclair, has also been charged after police say he moved the murder weapon Christopher used to shoot Karen with. Investigators found the revolver hidden under Christopher and Karen’s bed.

Watch the local news report below, via WPXI: