Former Cruz spokesperson: Every time Trump attacks the press he 'hands a weapon to our enemies' 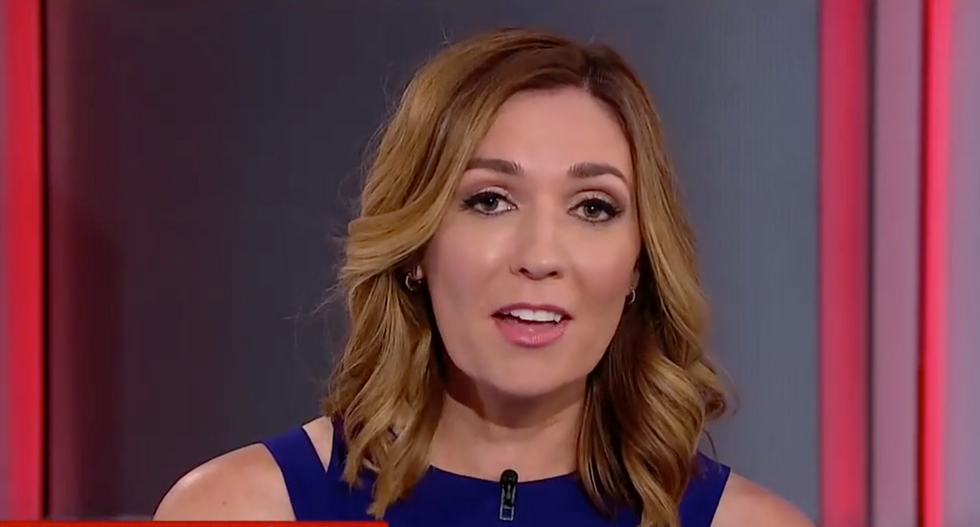 Amanda Carpenter—the former senior communications adviser for Ted Cuz—on Monday levied some harsh criticism on Donald Trump, arguing the president’s attacks on the press “essentially [hands] a weapon to some of our enemies.”

Carpenter was speaking on CNN’s “The Lead” with guest host Jim Sciutto who began the conversation asking CNN contributor Kirsten Powers why Trump refuses to acknowledge the consensus among intelligence officials and leaders in both parties that Vladimir Putin ordered Russia to meddle in the 2016 presidential election.

“He thinks any time this is brought up that it's somehow undermining his win, it somehow feeds into the idea that he didn't win legitimately so he doesn't want to talk about it,” Powers noted, adding the president’s enablers should “be showing a lot more curiosity than they've been showing about the topic.”

Carpenter was later asked about the upcoming meeting between Trump and Putin, which will take place in Germany this week, telling Sciutto she’s “concerned” about what the “Russians are going to get out of this exchange.”

“We know Trump talks very loosely, look at that secret meeting he had with Russian officials in which he talked about why he fired FBI director James Comey—called him a nut job—said it relieved pressure from the situation,” Carpenter explained. ”So what are the Russians trying to get out of this meeting? “

“And at this point, we know he's not going to bring up the meddling,” Carpenter continued. “I think in the media, when we have a chance to ask Trump about it, we need to be more straight up about it: Do you think the Russian interference helped you?”

“It's time to ask these questions,” Carpenter continued. “If you're a prosecutor and you don't go after crimes, at some point you're enabling it for some kind of purpose, and that's a crime in itself.”

Sciutto pointed out that Carpenter “worked for Ted Cruz,” proving the issue is not simply a partisan one.

Carpenter later blasted the president for his treatment of the press.

“The American press is special, it's unique,” Carpenter said. “We are the exception in the world where we have a vibrant press that can criticize leaders. Many hassled countries would like to shut that down. Look at Russia.”

“So when Donald Trump goes on TV, on Twitter, and demonizes our system, he's essentially handing a weapon to some of our enemies who would rather stick to a more propaganda-like network that they have in which they can negotiate with a leader like Trump to get the coverage they desire,” Carpenter added.