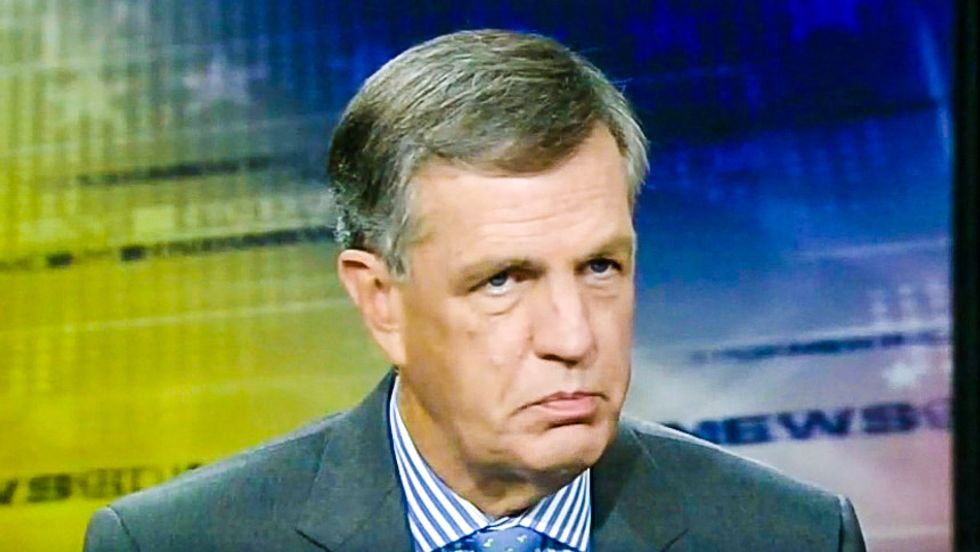 Speaking with "Fox News Sunday" host Chris Wallace and Obamacare architect Dr. Ezekiel Emanuel, Hume called coverage of those with pre-exisiting conditions, not a "triumph" but problematic, like insuring a driver who has a car wreck in their past.

"The triumph of Obamacare is this coverage for pre-existing conditions, which basically defeats the whole idea of insurance," Hume suggested. "Which is, for example, in the automobile insurance market, if you could wait until you had a wreck and then buy insurance and have the repairs covered, that's comparable to what we're doing here."

Emanuel attempted to interject saying, "But Brit, if I have cancer --," only to be cut off by the Fox personality.

"Hold on, let me finish. Can I please finish?" Hume exclaimed. "The idea of insurance is that you purchase it to guard against risks and things that may occur in the future. It's not that you purchase the coverage after you are already sick. Once that idea is gone, Obamacare essential remains."

Given a chance to speak, Emanuel attempted to explain the dilemma to Hume.

"If I have cancer through no fault of my own, I didn't hit a car, I need to have insurance to cover me. This bill does nothing for those people," he lectured. "It only makes the price of their insurance ever higher. Cancer patients and patients with multiple sclerosis, Alzheimer's disease get completely written out of coverage by this bill."

'Cut his wife's head off, cut his kid's head off': Congressman posts audio of death threat

Democratic U.S. Rep. Eric Swalwell of California posted audio of a violent death threat against him and his family, with the speaker calling for "all Democrats" to be killed and ending with a call for "Trump 2024."

Swalwell, married with three children, is a popular target for the right. The California Democrat is a former candidate for president, a visible member of the Democratic Party, and is co-chair of the House Democratic Steering Committee.