Fracking, not hacking, has Texas GOP congressmen mad at Russia 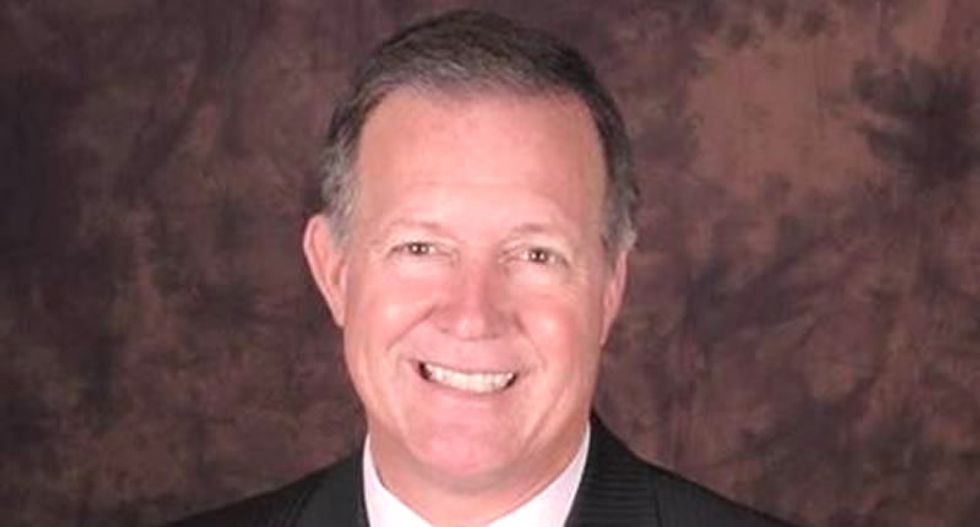 On June 29, U.S. Reps. Lamar Smith and Randy Weber wrote a letter to the U.S. Department of the Treasury alleging a massive Russian disinformation campaign aimed at shaping public opinion.

But not the one you are thinking of.

The target of the Texas Republicans’ ire was not Russian election interference but what Smith and Weber allege was a complex funding operation in which Russian energy interests funneled money through a Bermuda-based corporation to American anti-fracking environmental groups with the hope of hurting the American fossil fuel industry.

The Texas Tribune could not verify or refute Smith and Weber’s claims, which drew wide coverage from national conservative outlets — and hardly caused a stir among larger mainstream publications.

Critics of the letter claim it is a thinly veiled attempt to distract from President Donald Trump’s Russia-related political woes. Its defenders say that if environmental groups are getting money from shady sources, they deserve to be investigated. The companies accused of running the scheme have denied the allegations.

“The effort to try to take the real Russia story involving the Trump administration and try to turn it into some supposed conspiracy involving environmental groups is just outlandish and astonishing,” said Lisa Graves, executive director of the left-leaning Center for Media and Democracy.

David Willett, a spokesman for the League of Conservation Voters, which the letter alleges may have been the recipient of Russian money, also denied the allegations and accused Smith and Weber of attempting to distract from Trump’s Russia problems.

Defenders of the letter say there is no reason for lawmakers to investigate one alleged Russian influence campaign and not another.

“Since Russia and Russian influence has been in the news for months, the time is ripe to look into all angles,” said Will Coggin of the Environmental Policy Alliance.

The Alliance, which commissioned a 2015 report that provides the basis for much of Smith and Weber’s letter, says it is "devoted to uncovering the funding and hidden agendas behind environmental activist groups and exploring the intersection between activists and government agencies" on its website.

In their letter, Smith and Weber allege that Russia-connected officials from a Bermuda-based “shell company,” Klein Ltd., directed $23 million in Russian funds to the Sea Change Foundation between 2010 and 2011. Sea Change, which was co-founded by Laura Baxter-Simons and her husband Nathaniel Simons, the son of prominent Democratic donor James Simons, then allegedly donated millions to groups bent on “push[ing] back on U.S. domestic fracking and gas advancements,” according to Smith and Weber.

“The strategy of Sea Change is to apply domestic political pressure using its deep pockets — with most of the funding coming from Russia,” Smith and Weber’s letter says.

According to tax documents, in 2010 and 2011 Sea Change gave more than $100 million to a number of energy advocacy groups — including some that oppose fracking and others that don't have a stance on the issue. A spokesperson for Sea Change said that Klein didn't try to influence how or where its $23 million in donations was distributed.

“The Klein Foundation grants were given as general support, and no requirement was made that the funds be used for specific projects, programs or activities of the Sea Change Foundation," the spokesperson said.

Klein also denied the allegations in the Texas congressmen's letter.

“We can state categorically that at no point did this philanthropic organization receive or expend funds from Russian sources or Russian-connected sources and Klein has no Russian connection whatsoever,” Roderick Forrest of Wakefield Quin, the law firm that represents Klein, said in a statement.

“Smith has a long history of trying to discredit environmental groups to protect polluters,” said Melinda Pierce, the legislative director of the Sierra Club, another of the groups that the congressmen accused of getting Russian money.

In a July 11 interview that aired on Fox Business, Former Texas Gov. Rick Perry, now the U.S. Secretary of Energy, said that he “absolutely” expects Steven Mnuchin, his counterpart at the U.S. Treasury Department, to investigate Smith and Weber’s claims.

“We respond as appropriate to congressional inquiries, but wouldn’t comment publicly on an investigation,” a spokesperson for the Treasury Department told the Tribune.

Coggin of the Environmental Policy Alliance said his firm was "pleased to see [the congressmen] are looking into questions we raised."

The Alliance, which Coggin said has "received some support from the energy industry," is managed by the PR firm Berman and Company. In 2014, Jack Hubbard, then a Berman and Company official, spoke at an energy industry gathering in Colorado, and according to a transcript, talked about the firm’s game plan for an upcoming campaign against environmental groups.

The firm planned to “take the typical Berman and Company model, in terms of undermining these folks’ credibility, and diminish their moral authority,” Hubbard said. Coggin said Hubbard is “no longer associated with" Berman and Company or the Environmental Policy Alliance.

The Center for Media and Democracy's Graves said she is skeptical of any report associated with Berman and Company.

“I have zero confidence in the reliability of anything [Berman and Company President] Rick Berman — or any of his groups — claims,” Graves said. “Zero.”

In addition to the Alliance's work, Smith and Weber’s letter cites a 2017 reportfrom the Office of the Director of National Intelligence that discusses Russian efforts to promote an anti-fracking message on its state-funded television network RT and evidence that Russia has waged disinformation campaigns in Europe to keep the continent dependent on Russian fossil fuels. (Dmitry Peskov, a spokesman for Russian President Vladimir Putin, denied the letter's allegations.)

The letter also cites an alleged statement from former Secretary of State Hillary Clinton, who claimed she was “up against phony environmental groups ... funded by the Russians” in a private 2014 speech that was leaked by the transparency group Wikileaks in 2016. But it is unclear whether she was talking about Russian efforts in the United States. (Clinton has refused to authenticate the leaked material.)

Smith and Weber have long been champions of Texas’ energy sector. Weber chairs the Committee on Science, Space and Technology's Subcommittee on Energy, and Smith, the chairman of the main committee, is a vocal supporter of American energy interests.

According to the nonpartisan Center for Responsive Politics’ OpenSecrets campaign finance database, the campaign committees of both Smith and Weber received more money from the oil and gas industry than any other interest group in the 2016 cycle.

BY KIRBY WILSON, THE TEXAS TRIBUNE