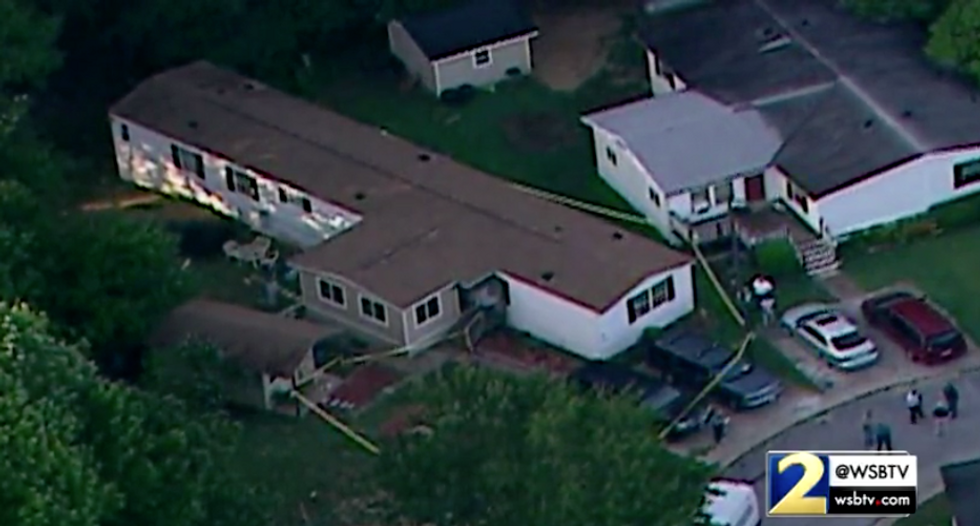 Police have detained the mother of four children police say were found stabbed to death in a Loganville, GA home, WSB Atlanta reports.

The children, discovered alongside a deceased unidentified man, were discovered in a home on Emory Lane, located in Georgia’s Gwinnett County. Police said the victims were all under twelve years old, and the man was around 30. A fifth child was rushed to the hospital for treatment of serious injuries.

Police told WSB the "specifics on the ages of the children or a motive for this horrendous crime is still unknown.”

On the scene in Gwinnett Co police confirm mother of 4 dead children & 1 injured is in custody @wsbtv pic.twitter.com/7k1uyUp2e3

WSB crime reporter Liz Artz reports the mother may have been “in the house with her dead family for as long as 24 hours” before police arrived on scene.

Neighbor says 4 children & dad may have been dead for hours before 911 call came out @wsbtv pic.twitter.com/zKkZCQTHC5

The suspect, who moved to the U.S. from Mexico and settled in Loganville several months ago, was reportedly “depressed” about her father dying. The family prayed for his health in church last Sunday, according to Artz.

Watch the local news coverage below, via WSB Atlanta: