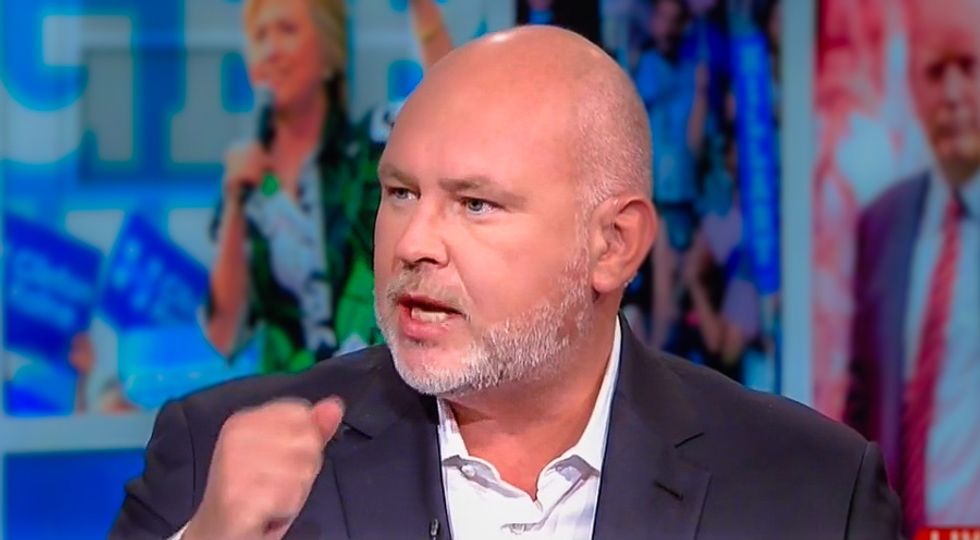 Speaking with host Nicolle Wallace -- who worked with him on the McCain campaign, handling vice-presidential candidate Sarah Palin -- Schmidt first unloaded on the Trump, saying, “We have a 71-year-old President of the United States who has the impulse control of a little child, who feels aggrieved, who’s resentful, who’s a constant victim… He clearly has no impulse control.”

Turning to former White House Communications Director Scaramucci, who was fired after 10 days on the job, Schmidt said his dismissal shows a White House that is so obsessed with infighting that the country is in danger from abroad.

"These are positions of immense responsibility, immense importance. What do you think the advisers to the Canadian prime minister or the Australian prime minister, what do you think they think when they're reading something like this and the great danger of this chaos is this," Schmidt explained. "For the first time since World War II, the president of the United States absolutely lacks the moral authority to lead the western alliance should it be necessary militarily."

"And it's not that Anthony Scaramucci used bad words," Schmidt elaborated. "It's that Anthony Scaramucci showed us all that he has revealed what's going on there. The snake pit, the leaking, the lack of probity, the lack of rectitude by these people who constantly, constantly since Donald Trump became president have stood up in front of the podium with the White House seal on it, have serially lied to the American people, have prevaricated constantly. And it is not good for America -- it's bad."