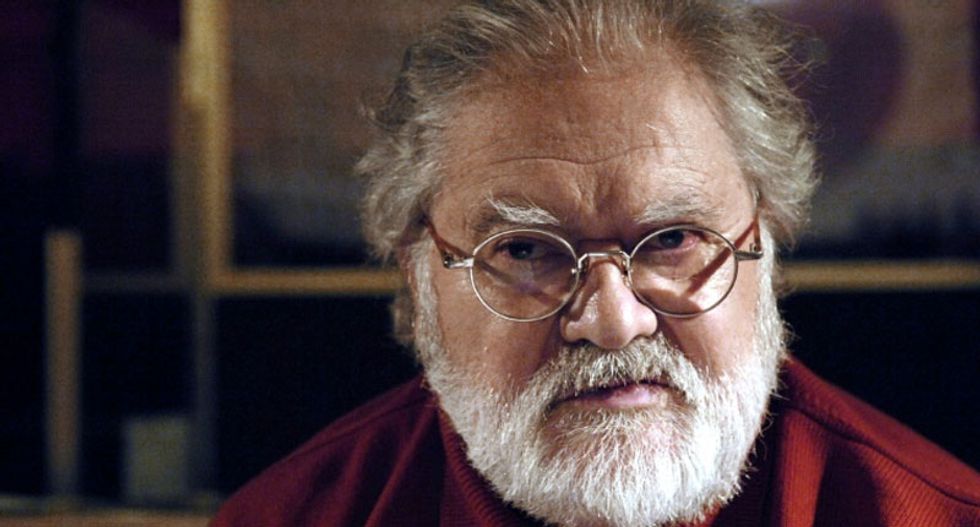 French electronic composer Pierre Henry -- whose music inspired the theme tune of the American animated television series "Futurama" -- has died at the age of 89, his assistant said Thursday.

Known as the "grandfather of techno", Henry's "Psyche Rock" riff was used in the Oscar-winning Costa-Gavras film "Z" (1969) and later remixed by British DJ Fatboy Slim for the 2004 Lindsay Lohan film "Mean Girls".

French electronic music star Jean-Michel Jarre led the tributes to Henry, who he said had opened the way for his own music.

"He wasn't just a musician and an innovator, he was a poet. All his life he tried to bring about a fusion between experimentation and poetry," Jarre told AFP.

"He leaves behind an enormous and impressive body of work, and I hope France grants him the homage that he deserves."

Henry's assistant Isabelle Warnier said the composer "died during the night. He would have celebrated his 90th birthday in December."

France's National Orchestra said it would dedicate its performance Thursday to his memory and the Pilharmonie de Paris concert hall announced it would give over a whole night to celebrating Henry's work in October.

"Psyche Rock" will be also played at a huge free ball in the centre of the French capital next week during the country's Bastille Day celebrations.

Never one to be unduly hamstrung by modesty, Henry liked to call himself "the father of modern music".

A pioneer of early electronic music made with all sorts of recorded sounds known as "concrete music", he studied at the Paris Conservatoire under one of the greatest composers of the 20th century, Olivier Messiaen.

Two years after leaving he formed the GRMC, the Research Group into Concrete Music, with the sound engineer and writer Pierre Schaeffer.

Jarre said the group had been a huge influence on him.

"With Pierre Schaeffer, Pierre Henry gave me the inspiration at the end of the 1960s to set out on my own path," he added.

The pair's "Symphonie pour un homme seul" ("Symphony for a lone man") -- recorded in 1950 -- is regarded as the first major work of the "concrete music" genre.

The choreographer Maurice Bejart took up the piece for his 1966 dance piece of the same name.

Henry's work was also later used by other legendary choreographers including George Balanchine and Merce Cunningham.

Bespectacled and owl-like, Henry would often spend his days recording sounds in the streets and parks around his home in east Paris, complimenting passing joggers on their breathless panting.

But it remains for the bells and static of his three-minute "Psyche Rock" that he is best known.

Taken from his 1967 dance piece "Messe pour le temps present" ("Mass For The Present Time"), it became a catchy worldwide jingle after it was reworked for Matt Groening's sci-fi sitcom "Futurama", set in the 31st century.

Not all of Henry's work was so easy on the ear. His "Variations for a Door and a Sigh" comprised nearly 50 minutes of doors creaking, snores and sighs.

It did not stop both Bejart and Balanchine turning it into ballets.

"Psyche Rock" was also remixed by a younger generation of DJs including William Orbit and Dimitri from Paris.

The admiration tended to be only one way, however.

Henry was often highly critical of popular young practitioners of techno music for the "lack of maturity in their writing", while he dismissed DJs for playing "only with their left hand".

Even so he rejoiced in the fact that thanks to them, electronic music had become "a natural function of human beings".