'He can't fire anybody': Republican explains why Bannon and Priebus should tell Scaramucci to 'piss off' 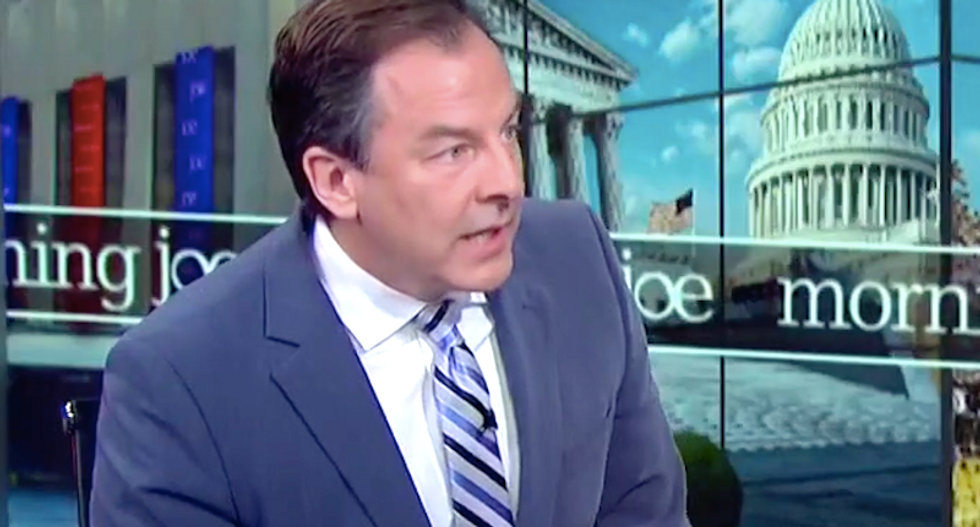 The former spokesman for Sen. Ted Cruz (R-TX) said Anthony Scaramucci is woefully unqualified for -- and should be disqualified from -- his job as White House communications director before he officially starts.

Scaramucci called a reporter this week and gave a lengthy and profane interview attacking White House chief strategist Steve Bannon and chief of staff Reince Priebus, who he accused of being a leaker.

The financier-turned-White House official later said he mistakenly trusted the reporter, who said Scaramucci never told him the conversation was off the record -- and former Cruz spokesman Rick Tyler said the interview was full of inexcusable mistakes.

Scaramucci is selling his stake in SkyBridge Capital, but the transaction isn't final and he may be ineligible to receive a capital gains tax deferment after he was passed over for an administration position in January.

"He shouldn’t even be in the White House — he has a conflict of interest that hasn’t even been cleared," Tyler said. "He can't fire anybody.

Scaramucci described the White House as a sinking ship in another interview, and has threatened to fire numerous officials for leaking to reporters -- but Tyler said he shouldn't have any authority.

"If i was in the White House and Scaramucci came to me, I'd tell him to piss off," Tyler said.