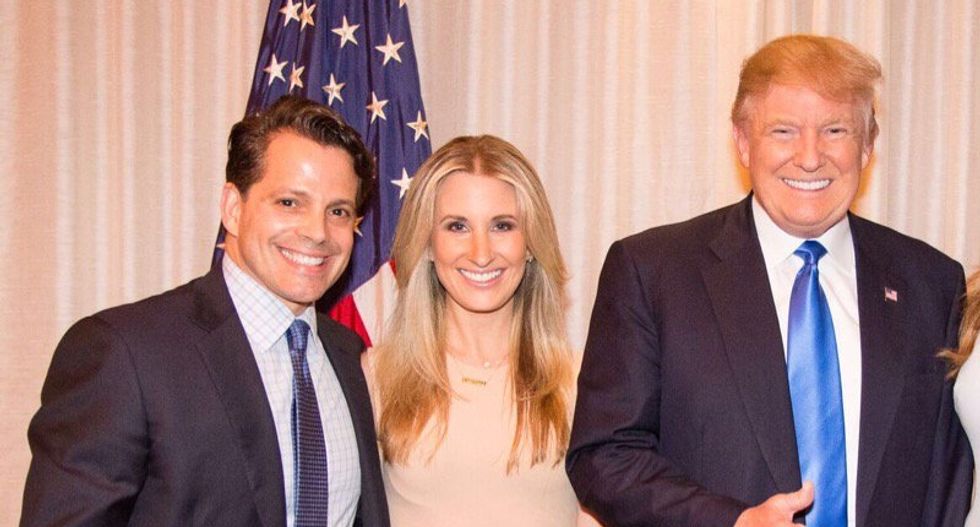 With Anthony Scaramucci facing another divorce, the lawyer handling his last divorce is vigorously vouching for Scaramucci's sanity.

“He was always calm and rational in the handling of his first divorce, which is perhaps the most sensitive, personal matter an individual can endure,” attorney Leonard Sperber told the NY Daily News.

A divorce lawyer was a fascinating choice to defend Scaramucci as calm and rational, after a week in which "The Mooch" became unglued allegedly contributing his wife leave him.

Scaramucci's wife, Deidre Ball, has allegedly left him and filed for divorce.

“His memory is remarkable and, in my opinion, he has a photographic or near photographic memory,” said Sperber, adding that Scaramucci has an "incredible knowledge of policy, history and economics, amongst other topics."

That wasn't the impression one Republican strategist had after watching Scaramucci's public performances. GOP consultant Rick Wilson wondered if "Scaramucci might be hoovering up a little Bolivian marching powder before these manic interviews?"

When news broke of the divorce, the internet suggested that, "Mooch is going to have to start trying to suck his own c*ck."

The White House communications director has been mocked as "el douche Mooche" by the hosts of "The View" and may already have committed a felony inside the White House.