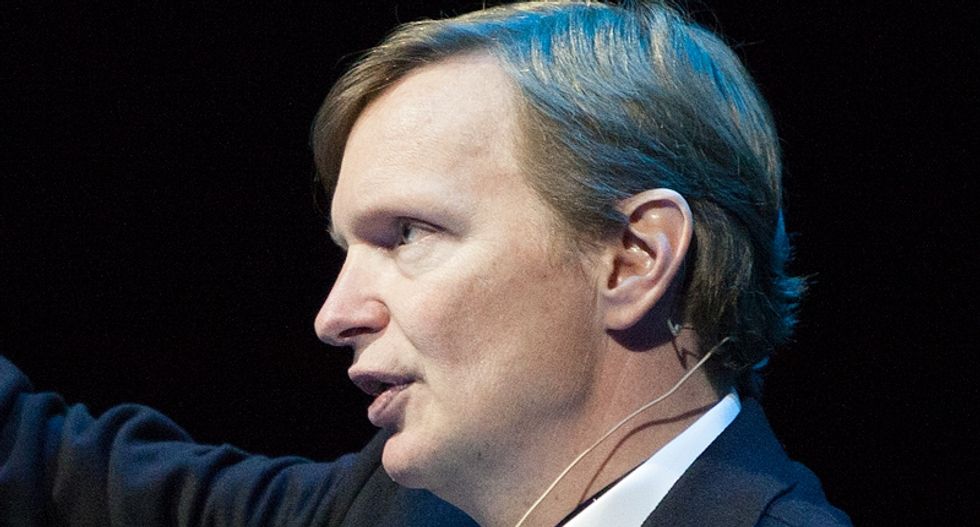 Loser of the Month Jim Messina, speaking to Gultaggen in Norway. Photo by Jarle Naustvik

After Messina lead the Tories to a spectacular defeat, he was the focus of devastating news stories.

Yet that bad press Messina received was nothing compared to the loathing he received on Twitter.

The social media outrage was so intense that Raw Story is recognizing @Messina2012 as the Twitter Loser of the Month.

As The Intercept noted in a profile of Messina, he "became known as a world class *sshole who kept an 'enemies' list on an Excel spreadsheet."

Judging by the breadth of outrage against Messina, he's going to need to update his enemies database.

Here's a look at the best social media digs, by Glenn Greenwald, Libby Watson and Messina himself:

What do you believe in, exactly? What are those values that Trump threatens but that Theresa May upholds? @Messina2012
— Claire Sandberg (@Claire Sandberg)1498505902.0

@Messina2012 It's rare to see someone so swiftly punished for selling out their values. And it is very satisfying to witness.
— Ben Stadler (@Ben Stadler)1496973460.0