'He's a coward': Fox's Tucker Carlson raises eyebrows when he calls out Mattis on trans people in the military 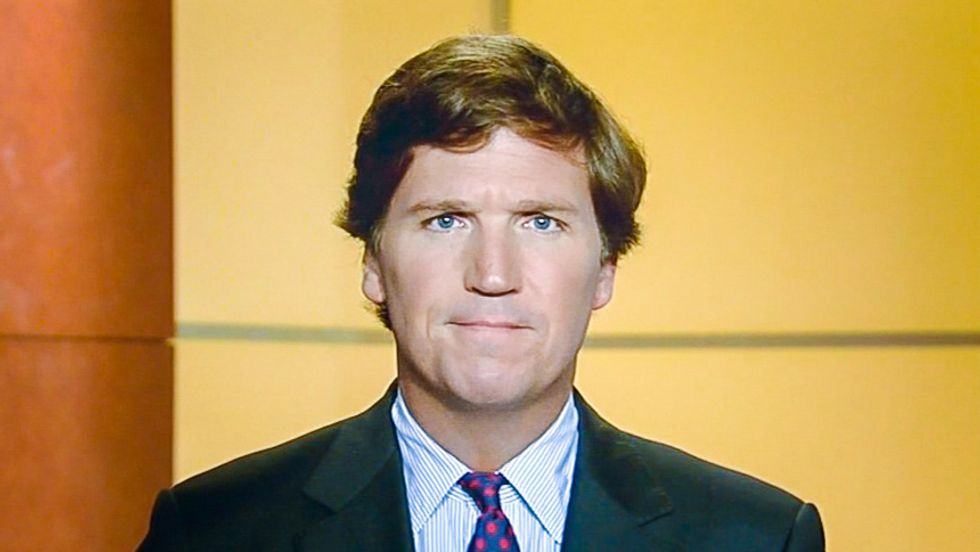 At the end of 2016, the armed forces admitted they were having a tough time reaching their goal of recruiting 80,000 new soldiers because people couldn't meet the requirements. If it was up to Fox News' Tucker Carlson, the armed forces would be even more exclusive.

Carlson, who has never served in the armed forces, said that he thinks General James Mattis needs to go if transgender people are allowed to serve openly in the military, Media Matters captured.

"When I worked directly with Secretary Ash Carter on a number of personnel reforms, whether it was the repeal of 'Don't ask don't tell,' whether it was women in combat, or whether it was transgender service, the question was always, 'Does this make our force more effective?'" said guest Patrick Granfield, a National Security appointee and former speechwriter to the Secretary of Defense, Ash Carter.

"And, you know, Ash Carter, he's a physicist. He's -- he wants the data, he wants the facts," he continued. "He's not an ideologue, and neither is General Mattis, who is the secretary of defense. And so, that's how we approached these questions, but also in mind that we have the finest fighting --"

Carlson broke in. "I'm sorry, I gotta stop you there. First of all, he's a coward. He's a coward who should have resigned when asked to do this, because in no sense, with the data you described or not, does this make the country safer. And if you can prove otherwise, the floor is open to you. How does this make America safer?"

Granfield explained to Carlson that the focus of defense is to look toward threats today and prepare forces to fight and win wars.

"But at the same time, we have to look to the strategic horizon, and make sure that we recruit from the broadest possible pool of America's best," he described to Carlson. "We have an all-volunteer force. We have to draft, we have to recruit from a number of different communities throughout the country. And in the past you've seen how the military has expanded to different ethnicities, to different races, to women in combat now."

Carlson argued that the decision had nothing to do with the military but that it was all about politics and they should be called out because of it. He maintained that allowing transgender people to serve does nothing to create a more effective fighting force or protect the country.

"It's a six-month delay, to make sure that the policies are right and that we get the training right," Granfield tried to explain to Carlson. "So that our military can continue to serve and defend this country."

The armed forces are having trouble with recruitment and has notoriously struggled to find linguists and translators because often they are LGBT. In 2002, the Army fired nine linguists at a time when they were desperate for translators, all due to the "Don't Ask Don't Tell" policy. At the same time, the vast majority of the Millennial Generation supports LGBT rights and they overwhelmingly support non-discrimination policies that protect their LGBT friends. They are the generation the armed forces are working through to recruit. If a boycott was called on the military among the generation could make recruitment even more difficult.

Watch the full exchange below, via MediaMatters: