'He’s the eye of the hurricane’: Anderson Cooper says Trump may be completely oblivious to his own chaos 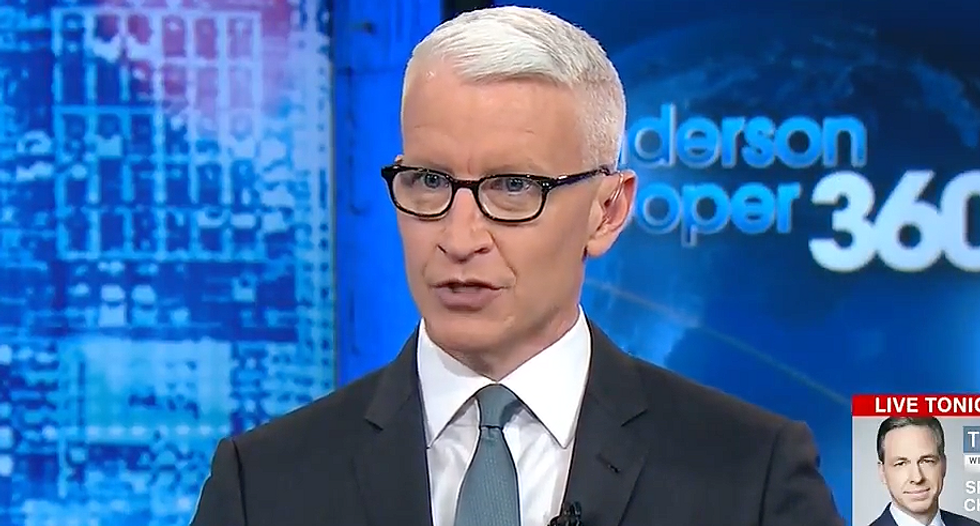 Donald Trump is “like the eye of the hurricane” as chaos engulfs the White House, according to CNN’s Anderson Cooper.

Discussing the abrupt firing of three top members of Trump’s administration, as well as the president’s repeated claims that all’s quiet on West Wing front, Cooper asked reporter Gloria Borger, “if this is not chaos in the West Wing, what is?”

“To me, I'm wondering if it may not feel like chaos for President Trump, because I think this is how he operates,” Cooper said. “He's used to it. But I'm sure for everybody else around, he's like the eye of the hurricane.”

Borger explained the president likely fired Anthony Scaramucci—who served as the communications director for all of 10 days—because he thought the new aide was “grandstanding.”

“With this president you end up in the cheap seats in center field when that happens,” Borger said.

Turning to Trump booster Jeffrey Lord, Cooper noted “the whole thing about Donald Trump during the election was that he hires the best people and he runs organizations and he's a great manager.”

“Is any of that believable still?” Cooper asked.

Lord tried to argue that all presidents have dealt with chaos stories, prompting Cooper to ask: “Do you know of any administration which the attorney general has been ridiculed and mocked by the president and criticized by the president, not fired but still at the same time. Sean Spicer is gone, Sally Yates is gone, General [Mike] Flynn is gone, Scaramucci is gone.”

“I mean, every president is different,” Lord countered. “Donald Trump is Donald Trump. This is why people put him there in the first place.”

“People put him there to be a great manager and hire great people,” Cooper shot back.