'I think you might be terrorists!' Woman charged after racist harassment of neighbor caught on video 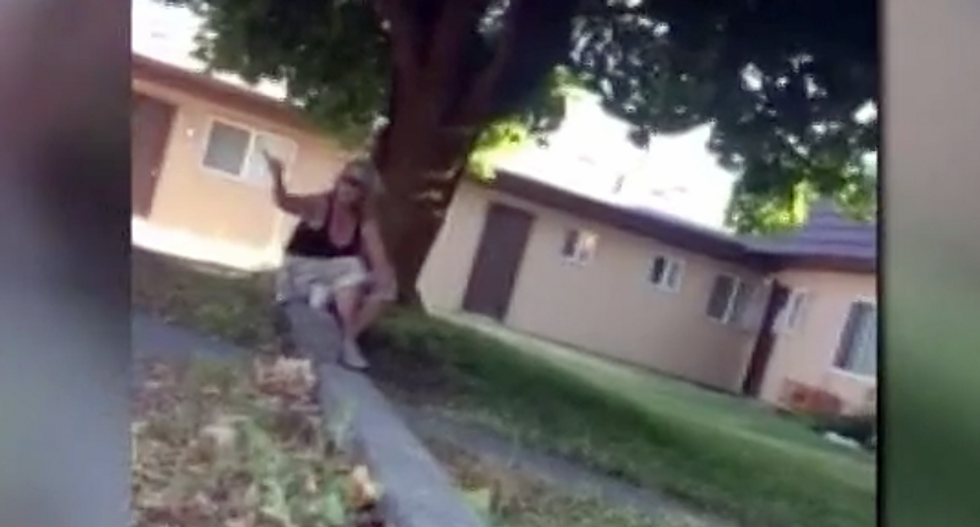 A Washington State woman is in jail facing hate crime charges after her racist tirade against her neighbor was caught on camera.

Shalisha Israel, 68, of Spokane Valley, WA has been charged with three counts of malicious harassment and an additional charge of making a false statement, KREM reports. The suspect was booked into the Spokane County Jail where she is being held on $2,500 bond.

The cell phone video contained racially motivated comments such as, "go back to where you belong" and "I think you might be terrorists! This is not your America! You are evil!"

The suspect also shouted her mistaken belief that the victim was from Egypt.

The victim, Nawar Al Graiti, is a pre-nursing student who was able to immigrate to America from Iraq after his family helped American troops.

"When deputies arrived on scene, Israel came out from her apartment and started yelling at the family as they were talking to a deputy, according to court documents," KREM reported. "She also admitted to calling the family terrorists."

The victim said the racial abuse has been ongoing for months.

"First time I avoid her, the second time, third time, fourth time, fifth time. Then I say OK and I told her I am calling the cops next time you talk to me," Al Graiti told KREM. "I got this kind of situation that really makes me feel bad. Why is she doing that?"

Despite the racial harassment, Al Graiti seems determined to live the American dream.

"You don’t need to make a judgement about people because of their skin color or their actions," Al Graiti concluded. "All the people should live in peace without a problem."

Officers with Spokane County Detention Services did not immediately return a call for comment.

Watch the cell phone video below.