Illinois Capitol on lockdown ahead of final budget action 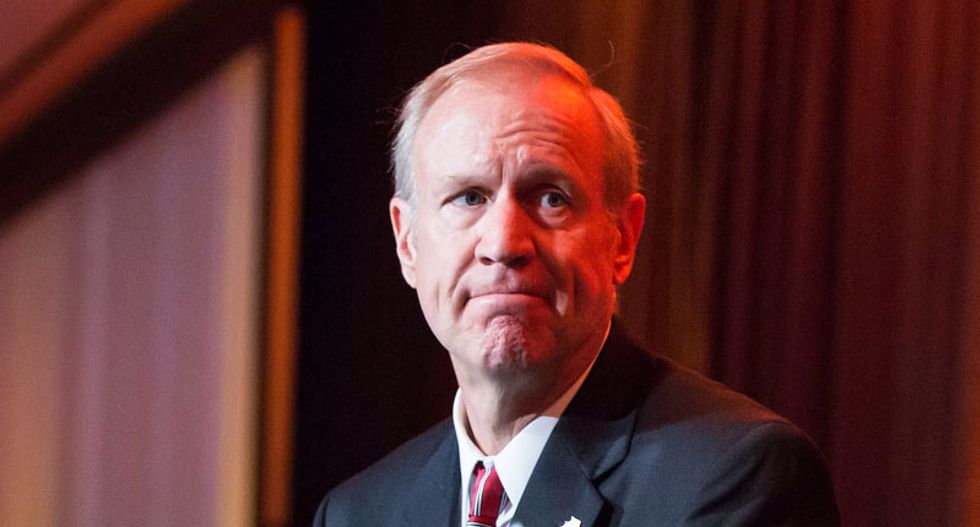 Illinois' state Capitol building in Springfield was placed on lockdown on Thursday afternoon after a woman threw an unidentified white powder into the offices of the governor and lieutenant governor as well as in the House gallery, a fire department official said.

The incident delayed a crucial vote by the House of Representatives on overriding the governor's vetoes of fiscal 2018 budget bills.

Barry Helmerichs, fire chief in Springfield, Illinois, told Reuters his department sent a hazardous materials team to the Capitol after receiving a call at 1:26 p.m. CDT, 4 minutes before the House was set to go into session.

Helmerichs said his department is analyzing the powdery substance but has ordered everyone inside the statehouse to stay in place, including in the House chamber, where lawmakers were milling around while the building remained on lockdown.

"We don't want them out and spreading this around," he said, referring to the powder and noting caution was merited even though the powder might prove harmless.

Republican Governor Bruce Rauner was not in the building, his office said.

The Democratic-controlled House was scheduled on Thursday afternoon to try to enact a $36 billion budget and tax hike vetoed by Rauner on Tuesday. The nation's fifth-largest state has been without a complete budget for two fiscal years due to political wrangling.

(Reporting by Dave McKinney and Karen Pierog in Chicago; Editing by Matthew Lewis)