'Is there cheese on the moon?': Internet erupts after GOP rep asks NASA if Mars had ancient civilizations 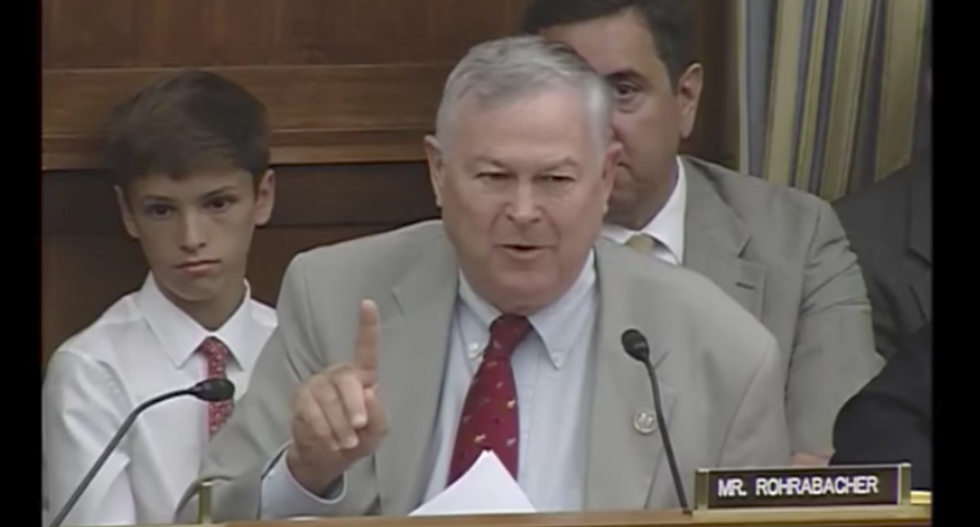 Rep. Dana Rohrabacher (R-CA) on Tuesday raised eyebrows when he asked a panel of space experts if an advanced civilization ever lived on Mars.

The panel—which included the project scientist for NASA's Mars 2020 rover mission, Ken Farley—was testifying in a public hearing before the House Committee on Science, Space, and Technology when Rohrabacher asked the question.

"So, the evidence is that Mars was different billions of years ago, not thousands of years ago,” Farley replied. “And there is no evidence I'm aware of that—“

"Would you rule that out?" Rohrabacher pressed.

"I would say that is extremely unlikely," Farley replied.

That Rohrabacher, an avid climate change denier, was so interested in the possible existence of an intelligent civilization on another planet lit up the Internet Tuesday night.

Read some of the best responses below, via Twitter:

That moment when you're not sure if the ancient Martian civilization question is a joke or if your agency's funding… https://t.co/zHsqD2fqum
— Brian Kahn (@Brian Kahn) 1500407113.0

This is the same Rep. Rohrabacher (R-CA) who praised ISIS last month and suggested the US should support the group. https://t.co/IdlEqD8imn
— Tim Baffoe (@Tim Baffoe) 1500414636.0

Watch: Putin's Congressman @DanaRohrabacher is on A MISSION to find out if there was ever “a civilization” on Mars… https://t.co/GKqM8MRCOq
— Reagan Battalion (@Reagan Battalion) 1500415302.0

@DanaRohrabacher I can suggest a good telescope and filters and a book on Mars that collectively will answer your question.
— Brandon Finnigan (@Brandon Finnigan) 1500411712.0