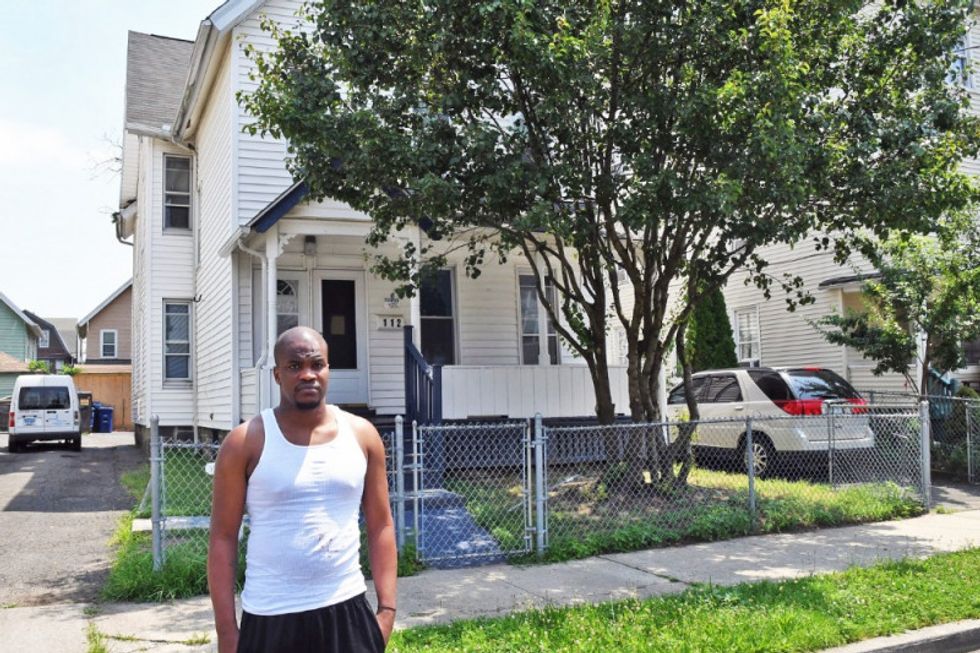 Ex-prisoner Aaron Tucker, who missed a job interview because he was saving a man in an overturned car (Photo via GoFundMe).

An ex-prisoner in Connecticut decided to sacrifice going to a job interview so he could help out an injured man who was trapped beneath an overturned vehicle.

The New York Daily News reports that 32-year-old Aaron Tucker was on a bus headed toward a job interview in Stanford, Connecticut, when he saw a car that had flipped over and had smoke pouring out of it just ahead of the bus.

Tucker, who had recently completed a 22-month sentence related to a weapons charge, asked the bus driver if he would wait for him if he got out of the bus to help people in the wreck -- but the bus driver declined.

Tucker got out of the bus anyway and found the car's driver strapped into his seat and hanging upside down in the car. After removing the driver from the car, Tucker noticed that the man was bleeding from his head -- and so he took off his shirt and used it to slow down the bleeding.

Tucker kept the man alive and conscious before an ambulance could arrive to take him to a nearby hospital, and the Daily News says many in the man's community are crediting Tucker with saving his life.

Even though Tucker lost his opportunity to interview for a job as a bus boy, he has since received job offers for jobs in construction and in a rubber factory.

What's more, the community of Westboro, Connecticut has created a GoFundMe page on Tucker's behalf that is looking to raise $25,000 for him to thank him for saving the driver's life. As of this writing, the page has raised more than $10,000.