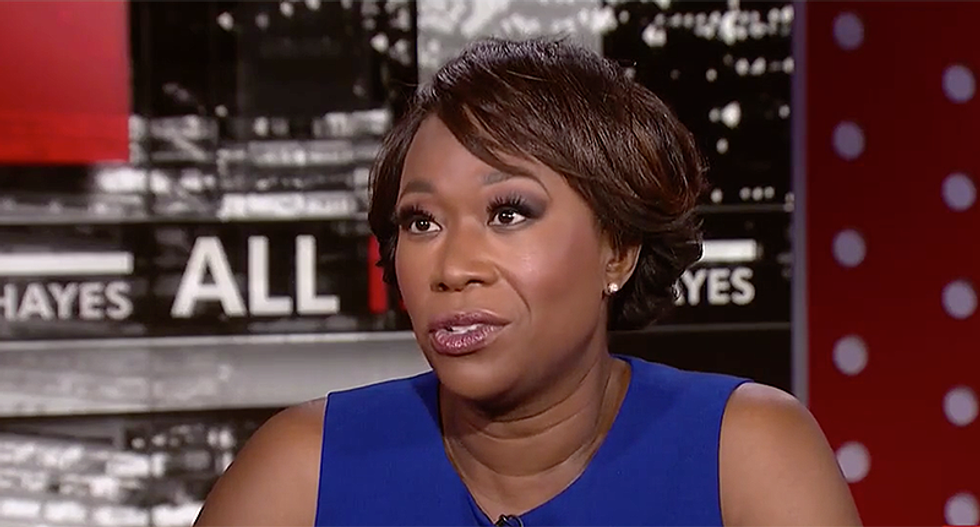 President Donald Trump's voters have been the source of so much speculation about their psychology for their continuous loyalty. One psychoanalyst even explained Trump supporters as having an abuse victim psychology, who will forever defend Trump because he spoke to their pain.

"This is a Republican Party that is built on resentment and a sense of victimhood, a sense of persecution, almost a persecution complex almost 40 years, 50 years, going back to the Civil Rights movement when they felt persecuted by the world," Reid explained. "Donald Trump gets that - he gets them - he's figured it out. He can make them accept anything."

She went on to say that not only can he make the base of the GOP accept "literally anything," he could collude with Iran next and the voters would defend it "and so would the elected officials... They all are now for collusion."

Despite the blatant evidence brought on by the Donald Trump Jr. email, Reid predicts there will be zero action taken by the Republican Party.

"There are no heroes. There will be no heroes," Reid said. "The only way this changes is if Democrats take the House. The end. If the Republicans control the House of Representatives and the Senate, Donald Trump will sit right there colluding in plain sight and laughing about it because, yes, he can get away with anything."

The conversation was part of a segment in which host Chris Hays was interviewing Lawrence Wright, who recently authored a piece in The New Yorker about the strange circumstance of the right-wing taking over Texas while the demographics shift left.

Hayes noted that the Texas GOP was once a "Never Trump" state but today it is one of Trump's greatest advocates. The state has essentially created a civil war within the party where the pro-business side of the GOP is being eaten alive by the right-wing arm of anti-choice homophobes struggling for control in an ongoing culture war.