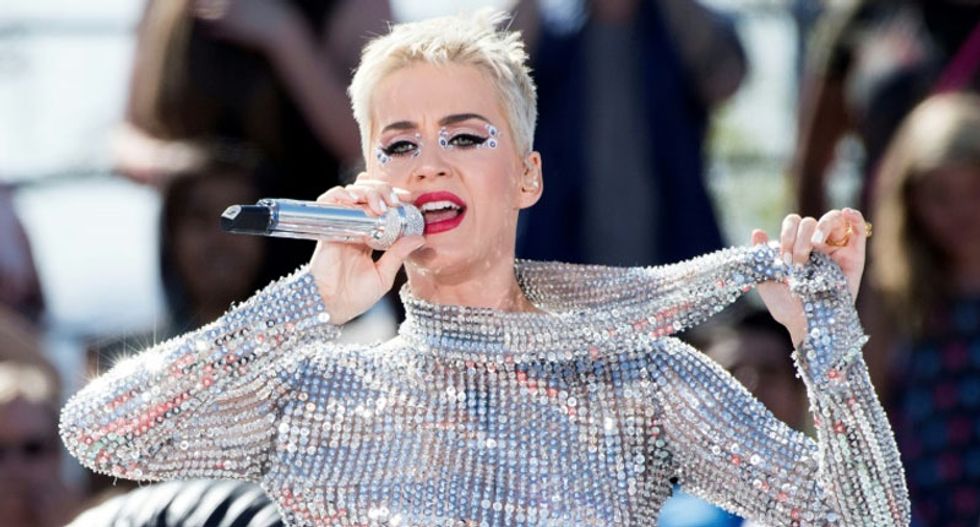 Pop superstar Katy Perry has been slammed by animal activists for telling her pet dog to "chase some koalas" in a promotional video. (AFP / VALERIE MACON)

Pop superstar Katy Perry has been slammed by animal activists for telling her pet dog to "chase some koalas" in a promotional video for the Australian leg of her global tour.

The plug for Perry's "Witness" tour next year, which also pushes the country’s top department store Myer and its 8,000 ticket giveaway for the shows, featured the singer telling the poodle: "Let's go chase some koalas, Nugget."

Koalas on Australia's east coast are listed as vulnerable to extinction, with dog attacks, habitat loss and vehicle strikes among the top causes of the population decline.

"This is just absolute ignorance from Perry and Myer, and inappropriate on so many levels," wildlife vet Claire Madden told Queensland's Courier Mail.

"Perry is a role model to so many young people, and this just destroys all the good work we do to try to encourage people not to let their dogs come into contact with koalas."

The retailer also came under fire on social media.

"How could you even think this was OK? On any level? Pathetic. Cruelty to animals is not a joke", one user wrote on Facebook.

Following the backlash a Myer spokeswoman told AFP the company had removed the reference to koalas in the video.

It replaced the line with: "OK Nugget, it's time to get you a puppy passport".

Perry is not the first celebrity to come under fire in Australia over her dog.

In 2015 Hollywood star Johnny Depp and his then-wife Amber Heard also caused a storm when they failed to declare her two dogs on arrival into the country.

The "Pirates of the Caribbean" actor drew the ire of Deputy Prime Minister Barnaby Joyce, who ordered Depp's dogs Pistol and Boo to "bugger off" back to Hollywood or face being put down in a case dubbed 'War on Terrier'.

"Johnny Depp all over again," complained one Facebook user on Myer's page.

"Arrogance and disrespect for Australia."

Perry, the first user to garner 100 million followers on Twitter, has not commented about the video on social media.