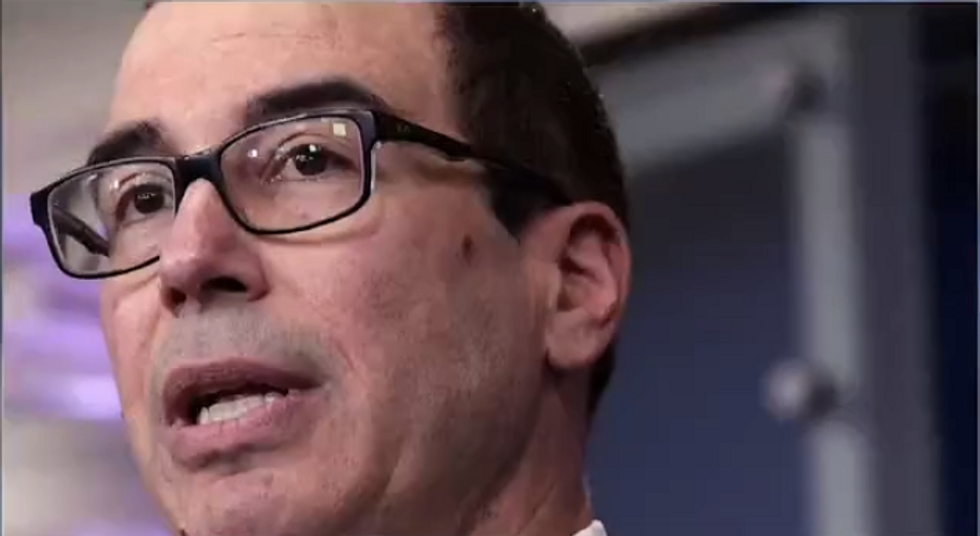 In an off-camera briefing on Air Force One on Saturday, the Trump administration's Treasury Secretary Steve Mnuchin and National Security Advisor H. R. McMaster were forced to admit that Russian media reports are correct: President Donald Trump took Russian President Vladimir Putin at his word on Friday when Putin denied that Russia meddled in the 2016 election.

CNN White House correspondent Athena Jones told anchor Ana Cabrera on Saturday, "Secretary Mnuchin was one of those three administration officials who did not take an opportunity after given multiple opportunities to correct the record about these competing and contradictory readouts coming out of the U.S. and the Russian side after that two hour-plus meeting -- the first meeting that President Trump had with Russian President Vladimir Putin."

According to The Hill, Russia's Foreign Minister Sergei Lavrov told Reuters, "U.S. President Trump said that he heard firm assertions from Russian President Putin that it is not true and that Russian authorities have not meddled in the elections. [Trump] said that he accepts these assertions. That's it.”

However, as Jones noted, when pressed, the administration officials on Air Force One had to admit that they could not contradict Lavrov's account.

"I'm not going to make comments about what other people say," Mnuchin said during Saturday's audio-only gaggle. "President Trump will be happy to make statements himself about that, but the president handled himself brilliantly. He made his position felt and after substantive dialogue, they agreed to move on to other discussions."