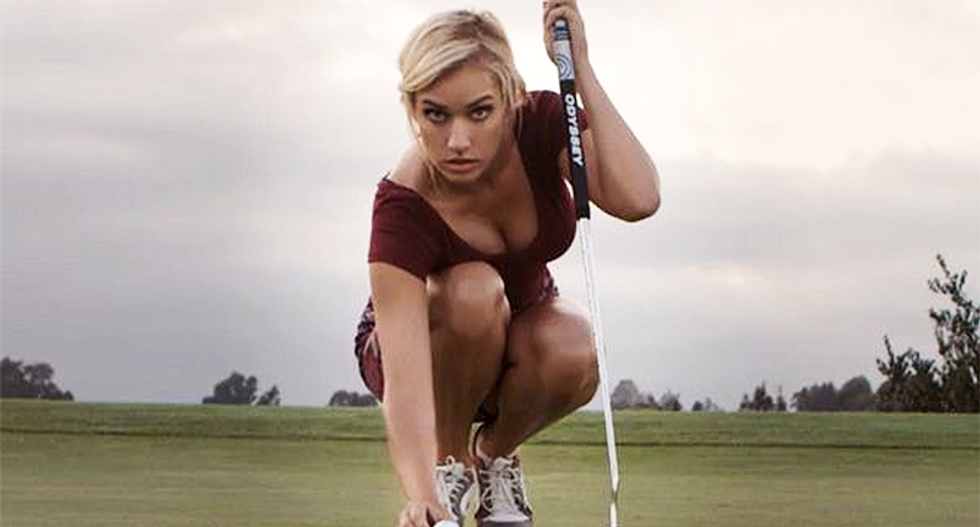 The Ladies Professional Golf Association (LPGA) introduced a stricter dress code for players that many of them are calling an example of "body shaming."

Tour members will henceforth not be able to wear shirts with plunging necklines, leggings or short skirts while on the tour, Teen Vogue reports. President Vicki Goetze-Ackerman emailed the new guidelines to players, some of whom were quick to criticize.

What are everyone's thoughts on @LPGA dress code policy? Are they trying to show class against #golfbabes or behind… https://t.co/YfCun7mKOq
— Sophie Walker (@Sophie Walker) 1500066956.0

"The new rules for women in the LPGA sound like they were written by ISIS, and I won't tolerate this garbage," tweeted David Hookstead of the Daily Caller.

"The LPGA needs to understand that times have changed, and while players should be respectful of courses that do have dress codes, we should not limit women to dress in what feels most comfortable to them on the course," former LPGA golfer Anya Alvarez told Raw Story over Twitter.

Golfer Paige Spiranac agreed, saying that she thinks the rule was intentionally against certain women.

"It was against a certain group of women and I find that offensive. If looking professional is the goal then bright colors, loud patterns," she tweeted Sunday.

Spiranac has posted photos of herself on the course some found to be too revealing and too distracting for men.

That look when you have no idea if it's breaking left or right...

"You want to be taken seriously as a golfer, but dress like you want to be objectified, probably then complain when you are," tweeted self-described "constitutional conservative" Richard Getz. "It's Golf, not a runway, fashion show, or a place you hang all your parts out hoping for attention."

The decision comes only a few months after the LPGA said it would allow athletic wear on the course, a request that came from player Michelle Wie.

The move also came a week after Wimbledon enforced its all-white dress code so strictly that officials stopped male tennis player Jurij Rodionov and demanded he change his blue underwear.

As Teen Vogue points out, there is a greater concern as most players don't even buy their own clothes -- they receive them from sponsors. It puts players in a difficult position if the clothing they get doesn't follow the new LPGA rules. The fine is $1,000 for the first offense and it doubles with each offense that follows.

"If anything, policing these women's bodies and clothes takes away from their professional accomplishments. And if the sport wants a positive image, body-shaming is not the way to get it," Suzannah Weiss wrote.

LPGA fans agree as well. Many took to Twitter to voice their disgust. Here's a selection of them below:

@PaigeSpiranac @SophWalks @LPGA The larger question, is why do golfs main organizations seem so out of touch?
— Andrew Adamonis (@Andrew Adamonis) 1500201746.0

While the LPGA's changing dress code policy, we should all just go ahead and ban the blade collar
— Two Inches Short (@Two Inches Short) 1500148555.0

@LPGA nice job repressing women! Way to take a huge step backward with this dress code. It is NOT a good look for #golf @GolfChannel
— Thomas Trubey (@Thomas Trubey) 1500049893.0

At the same time, Republican House Speaker Paul Ryan is coming under fire for complaints about the dress code in the building. Washington, D.C., like many places in the United States, has experienced high temperatures and overwhelming humidity sending heat indexes over 100 degrees. The rules for female attire requires that women are not allowed to wear sleeveless shirts or dresses.

As one woman notes, some things never change.