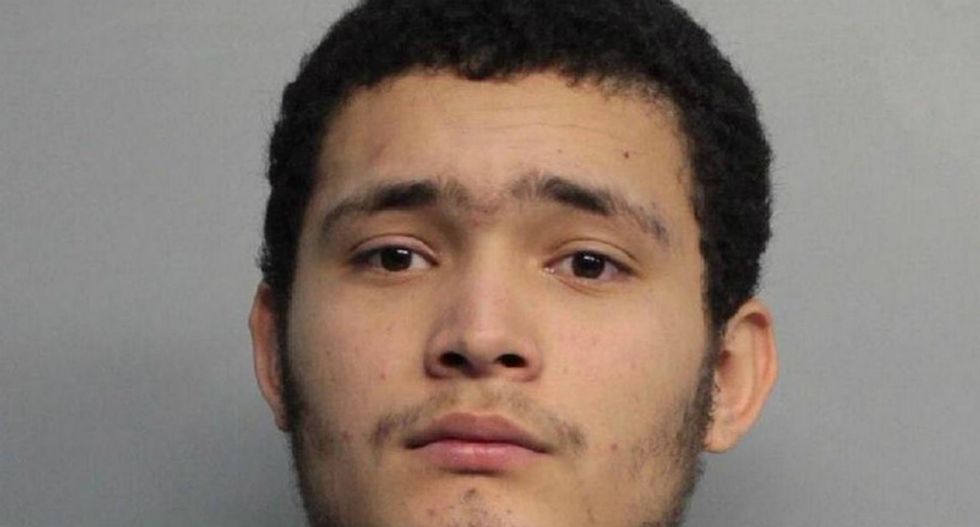 18-year-old Garland Creedle, the subject of an allegedly 'illegal' detainer request in Miami (image via Miami-Dade Department of Corrections and Rehabilitation).

Despite his citizenship being proven in court in 2015, 18-year-old Garland Creedle was held in a Miami-Dade jail for a day longer than was required by an arrest based on a faulty deportation request from ICE.

According to the Miami Herald, the ACLU is suing the Miami-Dade jail as well as Miami Mayor Carlos Gimenez because they "unlawfully detained Mr. Creedle against his will and without legal authority."

Despite being born in Honduras, Creedle was born to a father who held American citizenship -- and in 2015, shortly after he arrived in the U.S., a court ruled that he was indeed a citizen because of his father's citizenship.

Nonetheless, he was the subject of a detention request issued on March 13, a day after he was arrested and posted bail for a domestic violence charge. The request alleged that Creedle was a "removable alien" and required an additional 48 hour stay in jail. After being interviewed by immigration authorities, he was allowed to leave a day later and the "detainer request" was reversed.

According to Creedle's lawsuit, the city's policy of honoring ICE's detainer requests is flawed because the requests "aren’t attached to arrest warrants and exist outside the normal judicial process governing other charges."

“It’s actually irrelevant that Mr. Creedle is a U.S. citizen,” Rebecca Sharpless, Creedle’s lawyer and director of a local university's immigration clinic, told the Herald. “It just illustrates the flaws with the system.”

According to the article, Creedle was one of 376 people subjected to detainer requests since President Donald Trump issued a crackdown on undocumented immigration. To date, the city has "turned over 143 former inmates to immigration authorities."