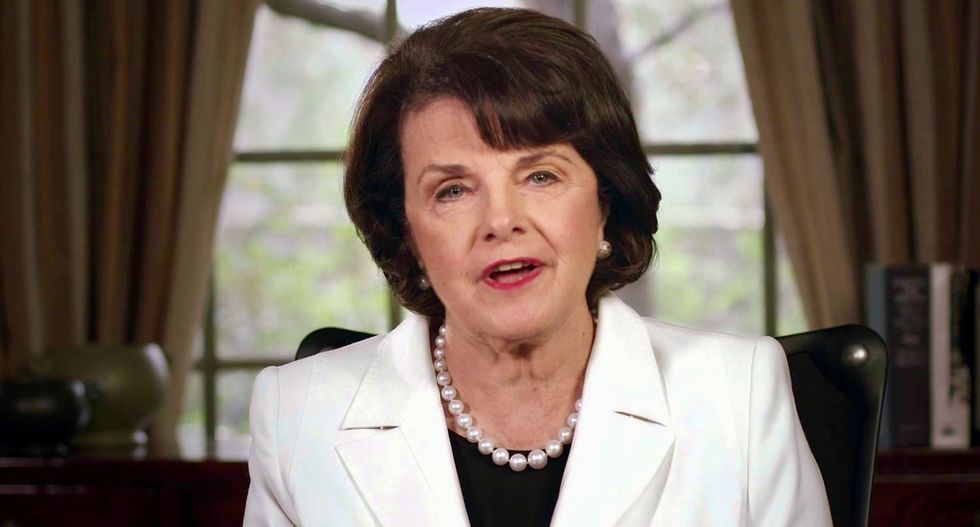 President Donald Trump's eldest son and his former campaign chairman have been given approval by a U.S. special counsel to testify publicly to Congress as part of investigations into Russian meddling in the 2016 election, the top Democrat on the Senate Judiciary Committee said on Tuesday.

Feinstein said the committee planned for the testimony to be part of a broader hearing that the committee had scheduled for Wednesday but has now been postponed. She could not confirm whether the hearing would take place next week.

If Trump Jr. were to appear before the judiciary committee, he would be the highest member of the Republican president's inner circle of relatives and White House aides to testify in Congress about the Russia allegations. Several congressional panels have investigations open.

The allegations have dominated Trump's first six months in office. Russia denies meddling in the campaign, and Trump says there was no collusion.

Trump Jr., who runs the Trump Organization family business, released emails last week in which he eagerly agreed in June 2016 to meet the woman he was told was a Russian government lawyer who might have damaging information about Democratic election rival Hillary Clinton as part of Moscow's official support for his father's presidential campaign.

A man who works for a Moscow-based developer with ties to Trump was identified on Tuesday as the eighth person to attend the meeting.

Lawyer Scott Balber confirmed Ike Kaveladze's name to Reuters after CNN reported that his client had been identified by special counsel Mueller's prosecutors and was cooperating in their investigation.

The meeting appears to be the most tangible evidence of a connection between Trump's campaign and Russia, investigators in congress have said.

In Moscow, Russia said it reserved the right to retaliate against the United States after a meeting in Washington ended without an agreement to return Russian diplomatic property the U.S. had seized.

Trump's predecessor President Barack Obama ordered the seizure of two Russian diplomatic compounds in New York and Maryland and the expulsion of 35 Russian diplomats in December over what he said was their involvement in hacking the U.S. election campaign.