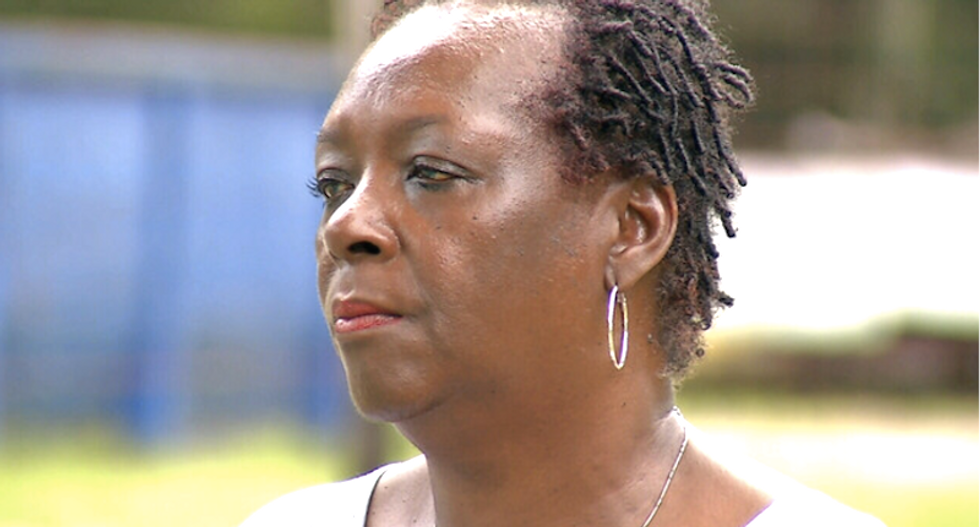 The head of a Florida chapter of the NAACP found a Confederate flag on her lawn after receiving a series of late-night death threats from callers claiming ties to the Ku Klux Klan.

Evelyn Foxx woke up Monday morning to go for a walk with her friend, and found the flag lying outside in front of her home, reported The Gainesville Sun.

The 66-year-old Foxx, chapter president of the Alachua County NAACP, and her friend at first thought it was an American flag and walked over to pick it up -- but they called police after realizing it was a Confederate battle flag.

"I’m very, very upset to walk out of my door and find something like that on the day before the Fourth of July," Foxx told The Independent Florida Alligator.

Friend Meg Niederhofer told the newspaper that Foxx has expressed concern in the past eight months about the threatening calls, which usually come around 1 or 2 a.m. from individuals who say they're members of the KKK and started the same month President Donald Trump was elected.

“I think it’s one more effort to intimidate people who stand up for civil rights,” Niederhofer said. “And you think those days are long gone and this proves they’re not.”

Foxx said the flag alarmed her, because it brings the threats right up to her door.

“I’m just a little shaken,” Foxx said. “The phone calls are one thing, but when someone actually comes to my house to do that."

No arrests have been made in either case.

“I have gotten death threats in the past,” Foxx told WJXT-TV. “The first four or five, I paid it no attention, and when this person called at 1:10 in the morning and identified himself as the KKK and 'N we are going to kill your black you know what,' and that's when I reported it to the police department and the FBI.”

“There should be no doubt about the Confederate battle flag’s usage as a symbol of divisiveness, bigotry, and hatred, or that racists live among us who still cling nostalgically to their culture of tyranny and intimidation,” Hutchinson wrote.

The flag's defenders claim it's a symbol of heritage, and not hate, but Foxx said the symbolism was clear when she found it lying in her yard.

“When I see the Confederate flag in my yard, or when I see it flying anywhere, I think of what happened to African-Americans in the years past, slavery and all the slaves that were killed,” Foxx told the TV station.