Nevada death sentence over 1982 murder is thrown out 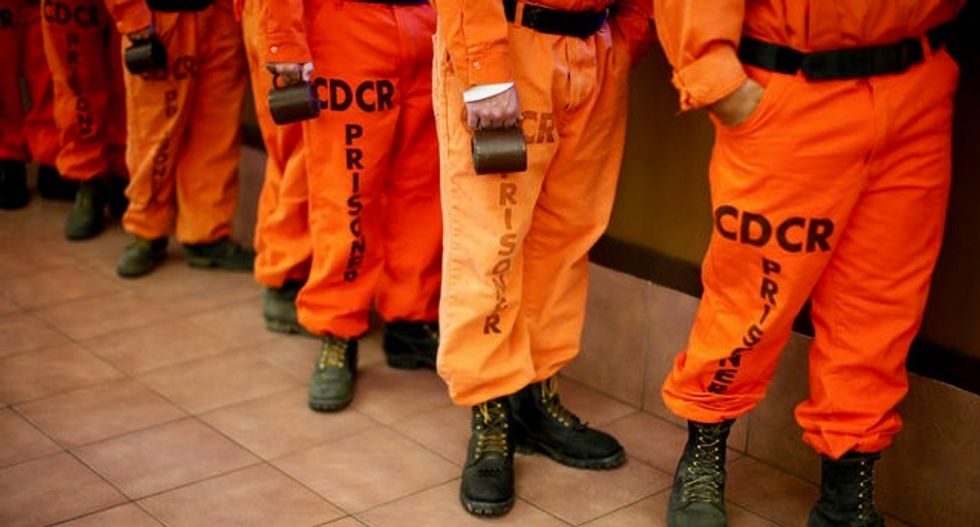 (Reuters) - An inmate who has spent nearly 35 years on Nevada's death row for a 1982 murder outside Reno had his sentence overturned on Wednesday by a federal appeals court.

The 9th U.S. Circuit Court of Appeals called it a "flagrant violation" of Tracy Petrocelli's constitutional rights to a lawyer and against self-incrimination when a psychiatrist who examined him at the behest of prosecutors was allowed to testify during his trial's penalty phase.

By a 3-0 vote, the San Francisco-based court also upheld Petrocelli's conviction for first-degree murder and robbery, rejecting his claim that statements he made to detectives after his arrest were admitted improperly.

Petrocelli, 65, had been sentenced for the March 29, 1982 shooting death of used car salesman James Wilson during a test drive of a Volkswagen pickup. Wilson's body was found in a remote area about 35 miles (56 km) north of Reno.

The defendant first sought a federal writ of habeas corpus challenging his detention in 1988, court records show. He had been one of Nevada's longest-serving death row inmates.

A spokeswoman for Nevada Attorney General Adam Paul Laxalt, whose office defended the death sentence, had no immediate comment. A. Richard Ellis, a lawyer for Petrocelli, did not immediately respond to requests for comment.

The psychiatrist, Lynn Gerow, had testified that Petrocelli had a rare, incurable "psychopathic" personality, suggesting he could have a "quite high" propensity for further violence and would not learn from punishment.

But in Wednesday's decision, Circuit Judge William Fletcher noted that Petrocelli already had a lawyer by the time Gerow interviewed him in jail, three days after his arrest, to help prosecutors determine his competence to stand trial.

He said the psychiatrist's testimony, combined with a jury instruction raising the prospect of Petrocelli's eventual parole, "had a substantial and injurious effect or influence in determining the jury's verdict," and therefore was not harmless.

The 9th Circuit returned the case to Nevada's state courts, which can resentence Petrocelli or open a new penalty hearing.